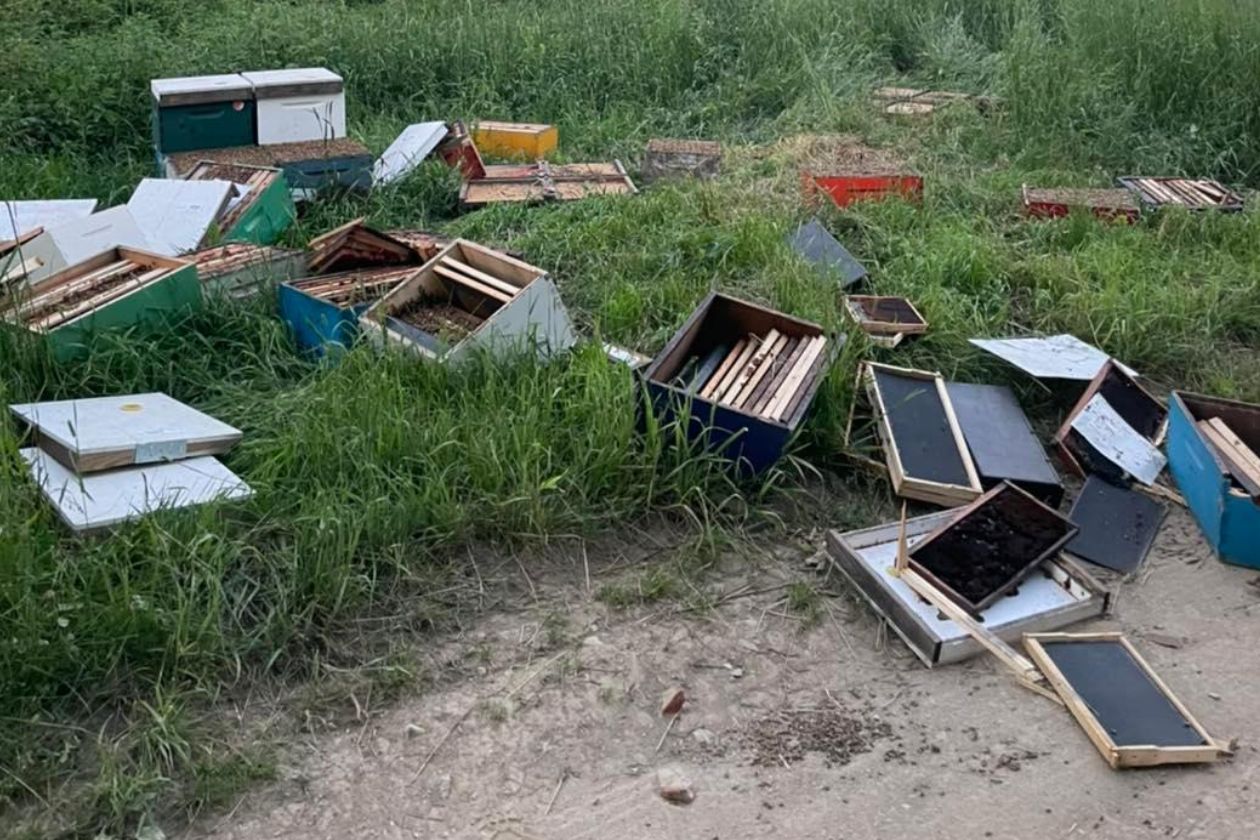 Swan’s Honey in Albion was hit by vandalism over the weekend, reportedly causing $5,000 damage. The vandals destroyed several beehives that housed between 50,000 and 60,000 bees.

A report was filed with the Kennebec County Sheriff’s Office and Swan’s Honey is asking anyone with information to come forward. 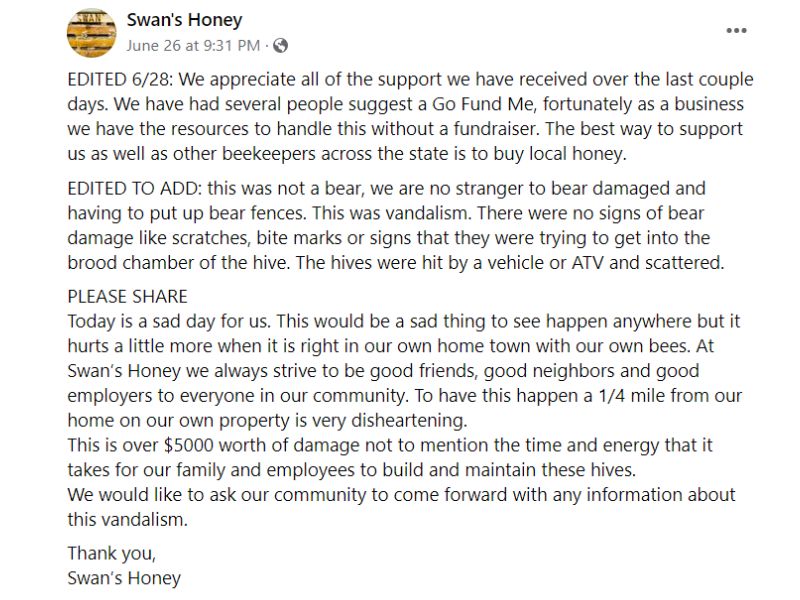 Vandals caused $5,000 damage after destroying several beehives at Swan’s Honey in Albion. Each hive housed between 50,000 and 60,000 bees. (Story from @bangordailynews) https://t.co/8LdBPoyCp1

Water Street Closure in Gardiner, Oct. 9, for Swine and Stein

IRS Extends Tax Deadline to May 15