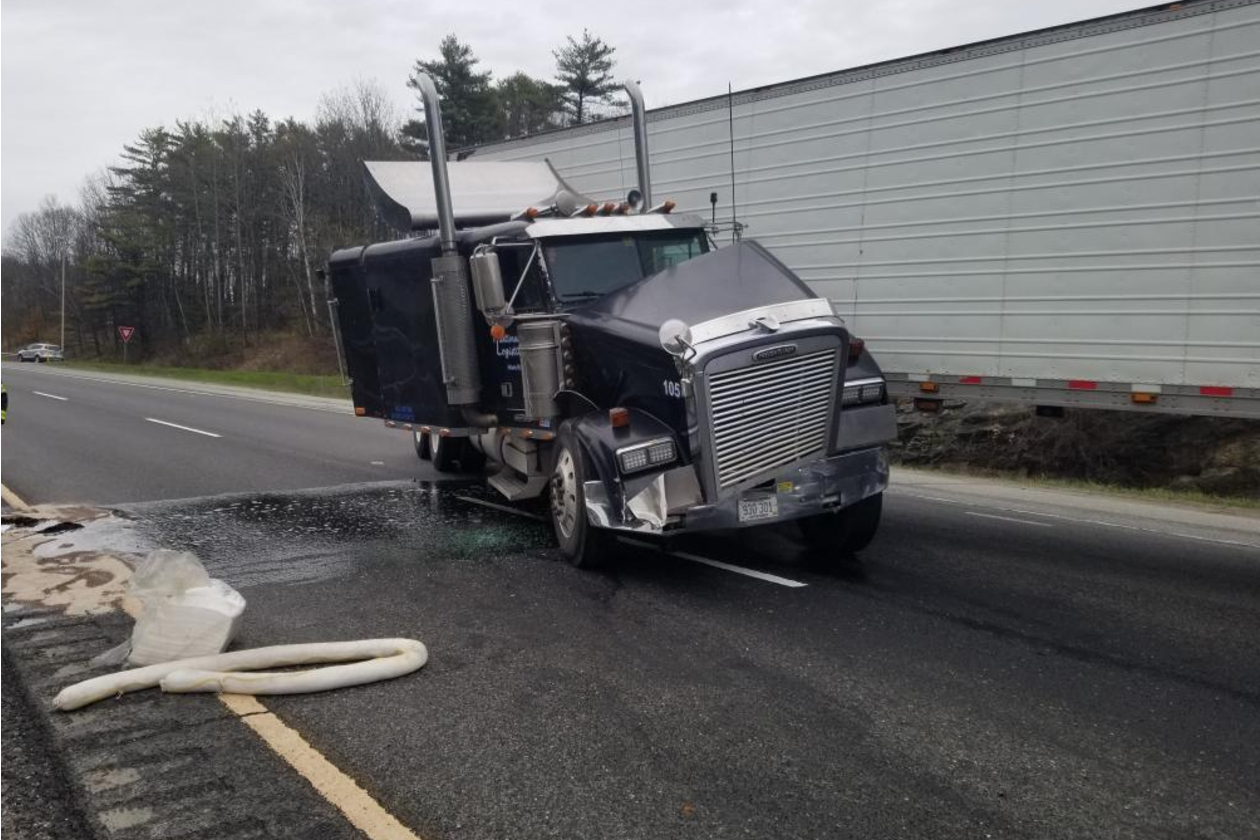 This afternoon, May 3, on I-295 south around mile 10, a black Freightliner Tractor with a box trailer jackknifed.

The tractor trailer blocked both lanes of travel bringing northbound traffic to a stop. For a short period the driver, Jesse Philbrick, 66, from Limestone, was unable to exit the truck as one door was blocked and the other stuck. The passenger side window was broken and Philbrick was assisted out of the truck without injury.

Witnesses say Philbrick was traveling in the right lane, when a vehicle entered 295 from exit 10, failing to yield to Philbrick. This in turn caused Philbrick to apply his brakes and subsequently jackknife. No other vehicles were involved in the crash.

295 in the area of mile 10 was shut down for about 1.5 hours due to a large amount of fuel spilling from the ruptured fuel tanks. Traffic was diverted to Route 1.

If anyone witnessed a black sedan that may entered the interstate just prior to the incident, you are asked to contact the Maine State Police at 207-624-7076. 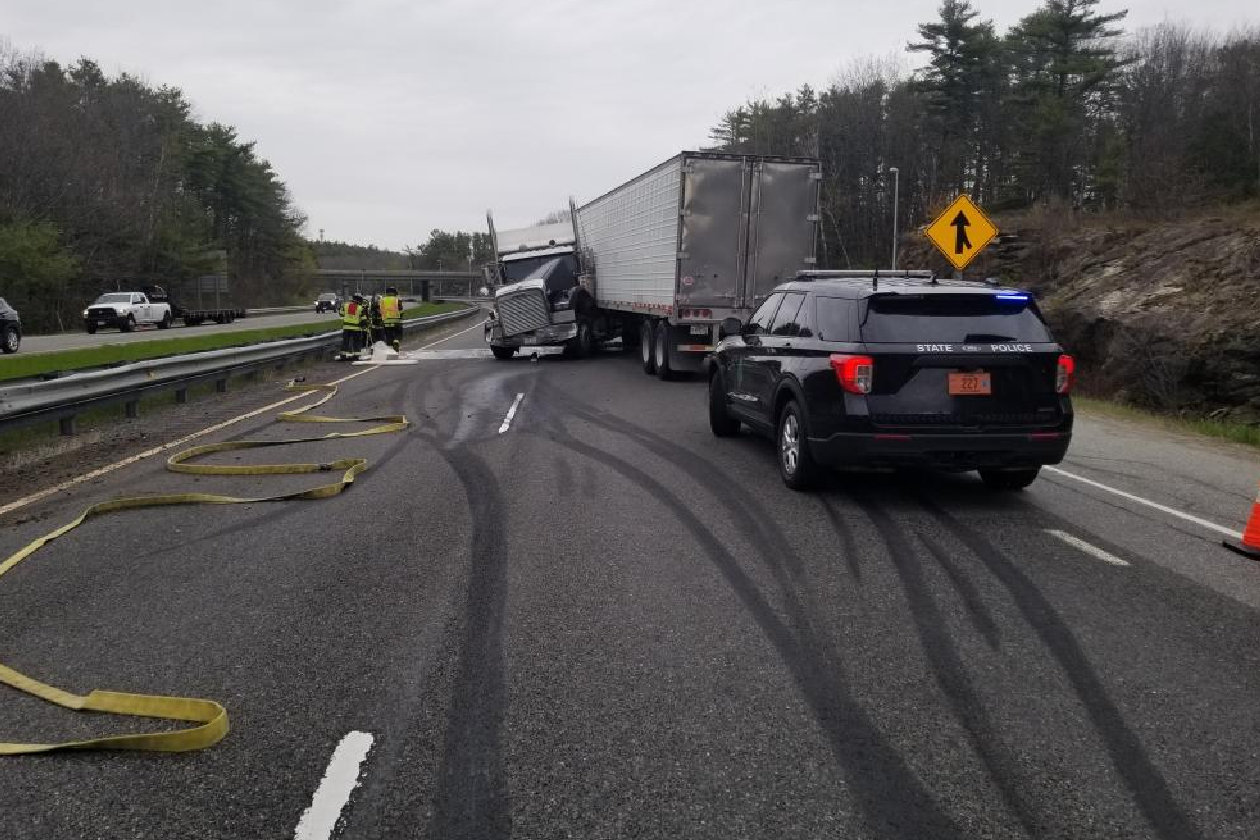