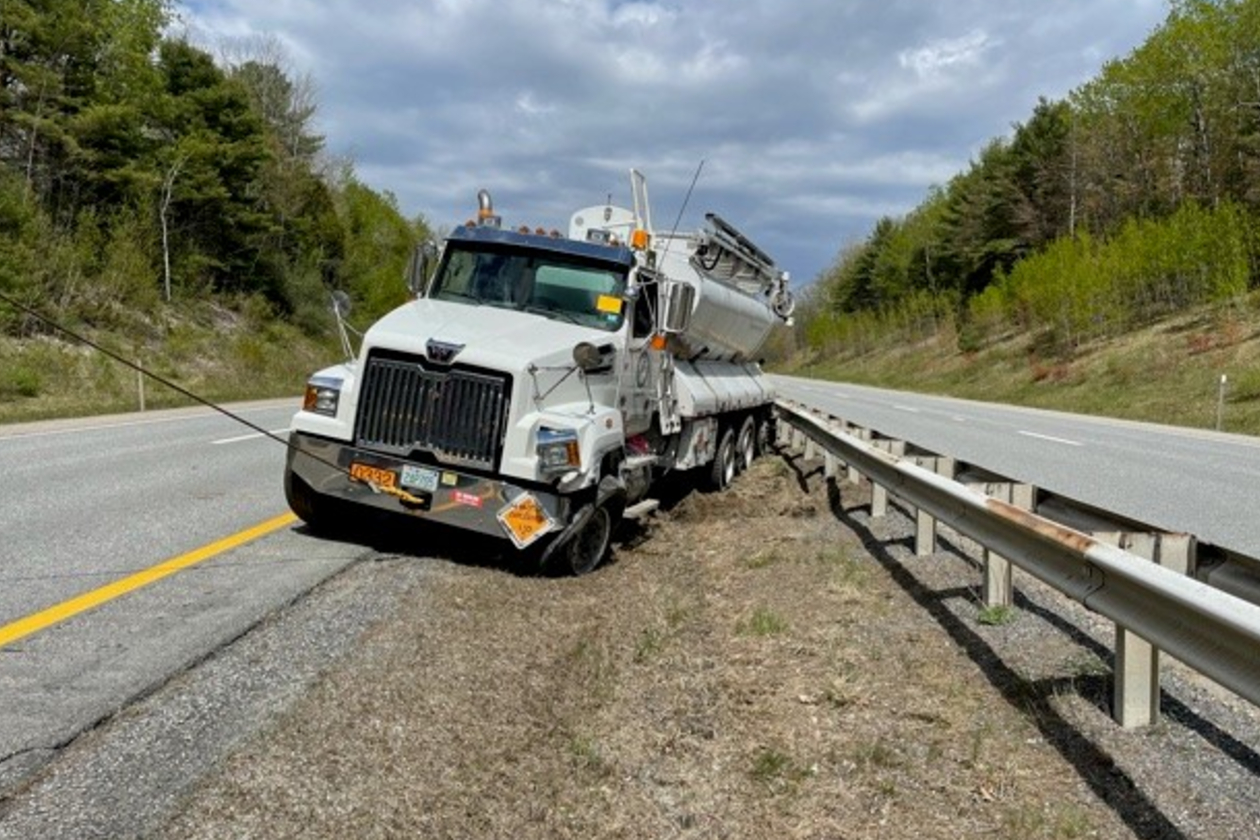 This afternoon, May 11, a tractor trailer being driven by Casey Thomas, 48, of Sandown, NH was traveling south in the passing lane around mile marker 88 on I-95 in Sabattus, when Thomas reported that an unknown vehicle cut in front of him causing him to go into the median shoulder.

Thomas, who was driving for Maine Drilling and Blasting, stated that he could not get back into the travel portion of road and eventually struck the center guardrail. Thomas’s vehicle was hauling explosives.

None of the explosives were released. The vehicle sustained damage to the left front fender and 3 flat tires. Thomas was not injured.