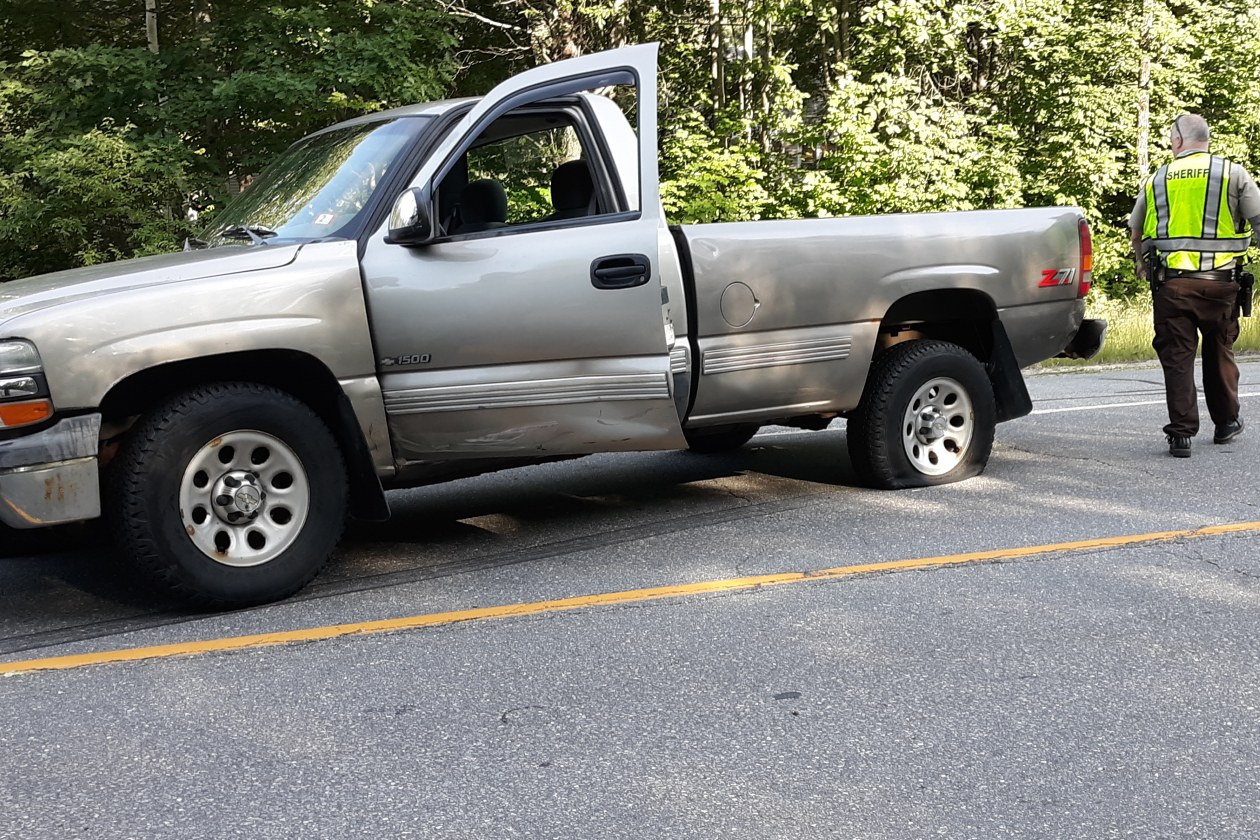 Monday, July 5, the Maine State Police assisted the Oxford County Sheriff’s Office in the pursuit of a truck reported stolen out of Berlin, New Hampshire. The beige Chevy 1500 pickup truck was traveling through a construction zone eastbound on Route 2 in Bethel where the 17-year old female driver struck a vehicle and a jersey barrier.

She also avoided three different sets of spike mats during the pursuit which continued into Rumford. When the driver reached Knox Street, a dead-end road she refused to stop and instead drove through a person’s yard, crashed through a fence and hit a parked vehicle. She made it to Spruce Street and then back onto Rt. 2 where she headed westbound back towards Bethel.

As the driver approached the intersection of Whippoorwill Rd. and Rt. 2 in Rumford, MSP Lt. Kyle Tilsley deployed spike mats. The truck hit the spike mats and a short distance later Lt. Tilsley was able to perform a PIT (pursuit intervention technique) maneuver which forced the truck to stop.

The driver, who was not injured, was removed from the truck and taken to the NH state line where the Berlin Police Department took her into custody.