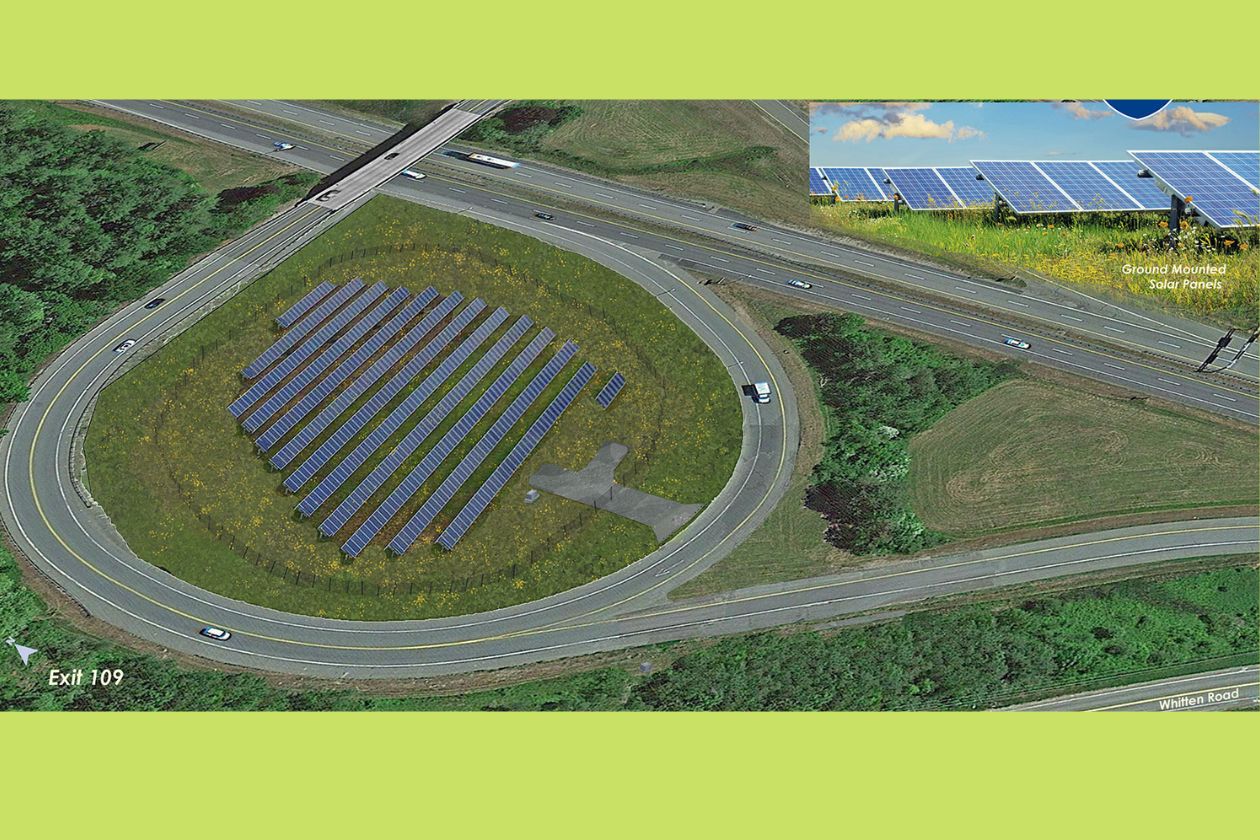 The Maine Department of Transportation has announced the beginning of work to install solar arrays on three state-owned properties in Augusta.

The three projects are located at the Augusta Airport and inside the I-95 interchanges at Exits 109 and 112. Once completed, they will provide low-cost renewable energy to power both the Capital complex and East Campus.

The solar projects will be owned and operated by Cenergy Power, which was selected for the project through a competitive bidding process. Once online, the arrays will generate approximately 8.5 MW of solar energy – enough to power about 1,000 homes – and are estimated to reduce state carbon emissions by up to 2,000 metric tons annually and reduce state electricity costs by at least $7.2 million over the next 20 years.

The solar arrays constructed on three parcels of state-owned land in Augusta and will be saving the state and state taxpayers money while also reducing the impact on energy use has on the climate.

These solar projects will benefit nearly 1.7 million square feet of public buildings across our two campuses… These arrays will help reduce costs for taxpayers and reduce emissions from state power consumption, in support of Governor Mills’ direction for state government to lead by example in renewable energy and sustainability.

A win-win for Maine: solar panels in three state-owned spaces in Augusta are expected to produce enough renewable energy to power state office buildings and save Maine at least $7.2 million over the next 20 years. FMI: https://t.co/W1zc2LWLJA pic.twitter.com/HDTLaMsxVZ

Body Found in Water in Belfast

Judge Will Not Stop Vaccine Mandate for Maine Healthcare Workers

Waterville Man Pleads Guilty to Killing Mother of His Kids