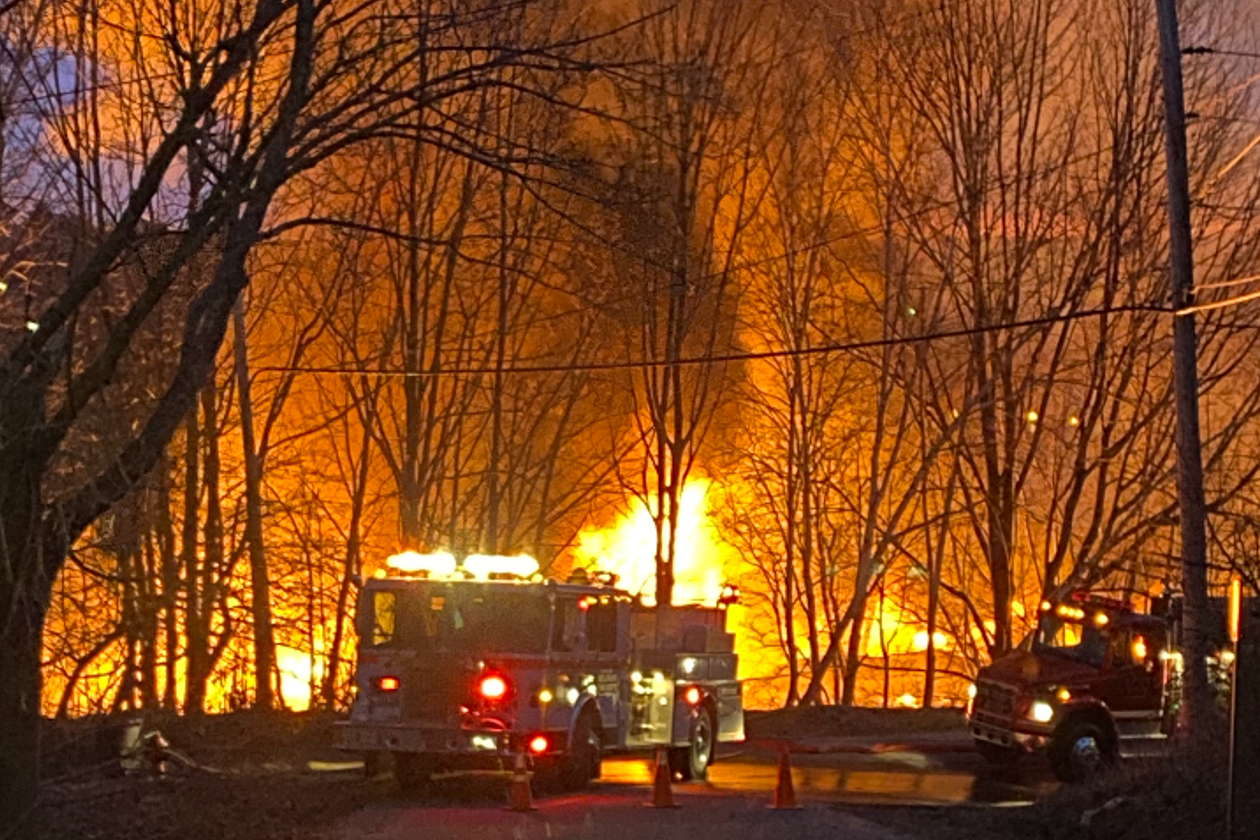 The Maine State Fire Marshalls Office has completed their investigation of the recent fire that destroyed the Penobscot-McCrum facility on the Belfast waterfront. The fire has been ruled accidental.

Due to the extensive damage from the fire, the cause of the fire is undetermined.

The Fire Marshall’s Office is unable to determine if the cause of the fire was due to spontaneous combustion of leftover food, or caused by a mechanical issue. The fire started in the area of one of the fryolators, which was located next to a conveyor belt. The fire then spread directly into the exhaust venting system that exits through the roof and extended into the void space
between the ceiling and the roof. This area was located above the fire suppression system, allowing the fire to extending into the rest of the building rapidly.

This building had many void spaces above the suppression system allowing the fire to spread rapidly under the metal roof. It was a mix construction-built facility, meaning it
consisted of masonry, steel and wood frame construction.

Given the size of this property, the rapid spread of the fire and imminent threat of hazardous materials, we are so fortunate that all the employees were accounted for early and safe. Control and extinguishment of this fire was certainly a team effort and I am grateful for all the Mutual Aid and support that the Belfast Fire Department received throughout this incident. There were more than 60 first responders on scene that went home without any reported injuries.