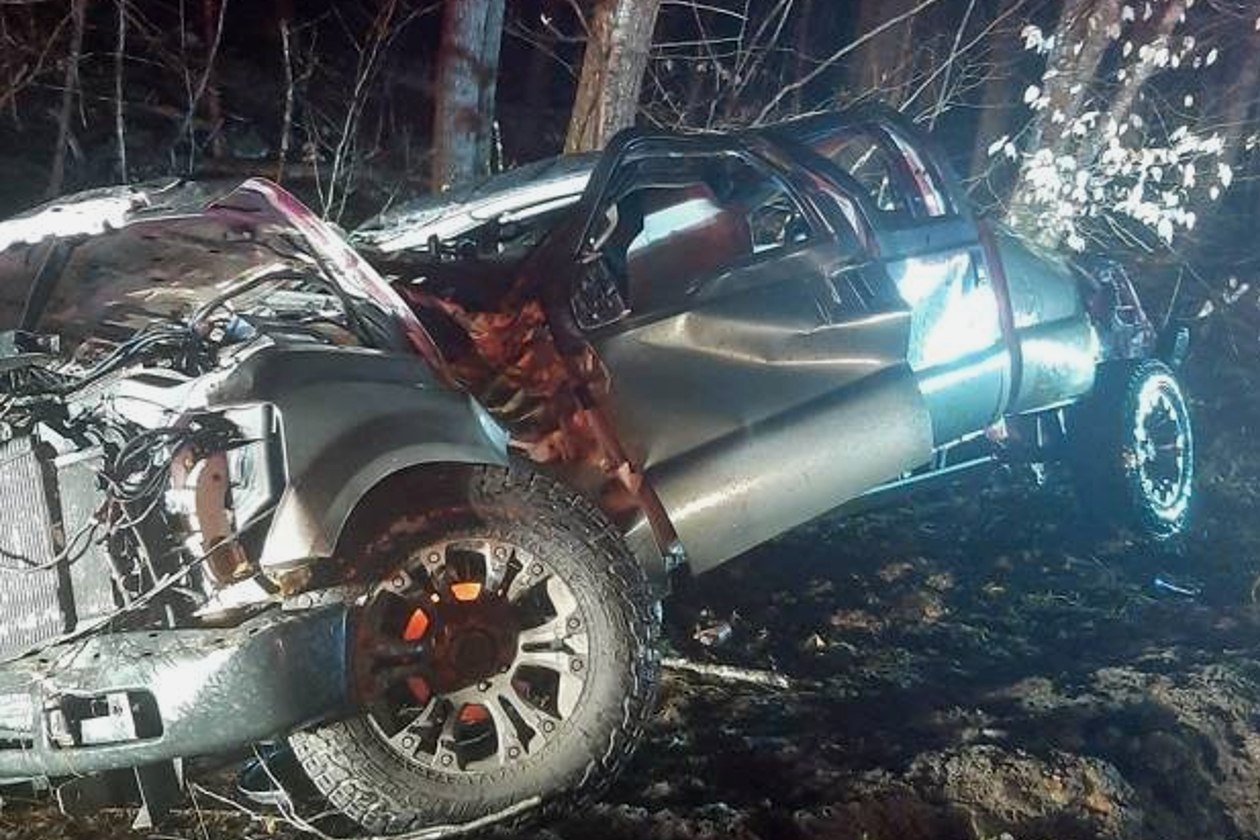 Upon arrival, Troopers were able to determine that a 2010 Ford F-250 pickup truck was traveling North on Rt. 225 when the driver was unable to negotiate a left corner. The driver, 22 year-old Brad Daggett of New Sharon lost control and went off the left side of the roadway where it struck several large trees and rolled. The vehicle came to rest on its side leaving Daggett trapped. Crews with the Rome Fire Department were able to extricate Daggett and provide medical aid with paramedics/EMTs from Delta Ambulance Service but Daggett succumbed his injuries. Daggett’s passenger 20-year-old Haylie Smith of Madison received non-life threatening injuries, however was transported to a local hospital for evaluation. Preliminary information suggests that unsafe speed combined by limited visibility due to fog and wet road conditions appear to be contributing factors in the crash. Neither occupants of the vehicle were wearing their seatbelts. Route 225 was shut down for three hours while emergency crews worked the scene.

The incident is still under active investigation.