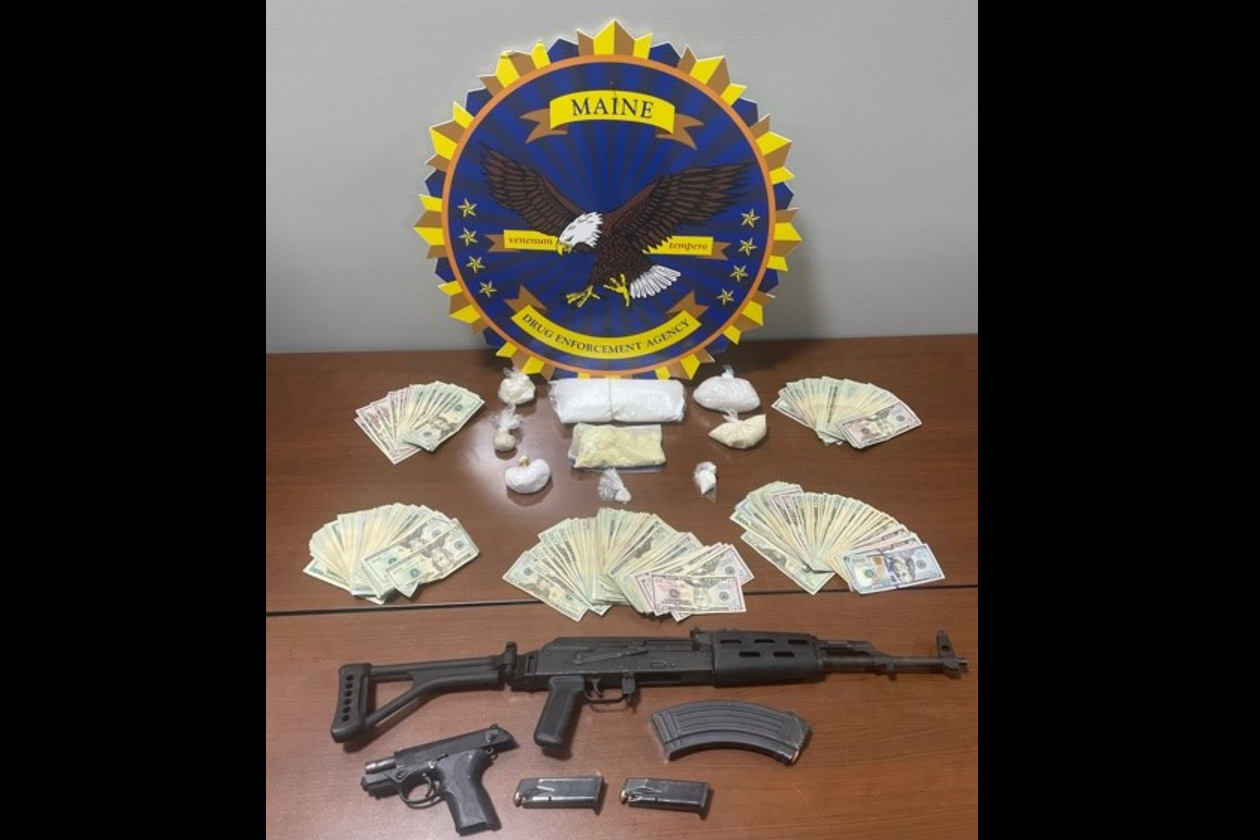 As a result of a five month investigation, a significant drug trafficking organization operating in Maine has been disrupted. The group is believed to be responsible for the distribution of large quantities of methamphetamine, fentanyl and crack cocaine throughout Hancock and Penobscot Counties.

Six people, four from Maine, have been charged with felony drug trafficking offenses.

In March of this year, MDEA agents in Ellsworth opened an investigation into the sale of methamphetamine, fentanyl, and crack cocaine by individuals in the Ellsworth area. The investigation, which included the undercover purchase of these drugs, resulted in the recent arrest of three men and a woman from Hancock County.

During the investigation, agents learned that individuals arrested would travel, on a weekly basis, to a residence in Hermon, Maine to purchase thousands of dollars of illegal drugs at a time, for redistribution in Hancock County.

Subsequently, agents were able to identify a garage apartment of a house in Hermon from which the drugs were being trafficked. Further investigation revealed that the apartment was being rented to suspected drug traffickers from the Detroit, MI area.

On Wednesday, July 28, MDEA agents and Penobscot Sheriff’s Deputies executed a search warrant on the garage apartment along Cedar Brook Drive in Hermon. Inside the apartment, officers located two individuals from Ypsilanti, Michigan.

As a result of this search and related investigations, agents seized one pound of fentanyl, three-quarters of a pound of methamphetamine, 87 grams of crack cocaine, $19,000 in cash, a loaded AK-47 rifle and two loaded semi-automatic handguns. An additional 3 pounds of a white-powder substance which, pending the outcome of laboratory analysis, is believed to be fentanyl.

Charged thus far in connection with this investigation are the following Mainers:

If you have information about this investigation or the illegal sale of drugs in your community, you are urged to contact the Maine Drug Enforcement office closest to you or by texting MDEA to TIP411 (847411) or by calling the MDEA tip-line at 1-800-452-6457.