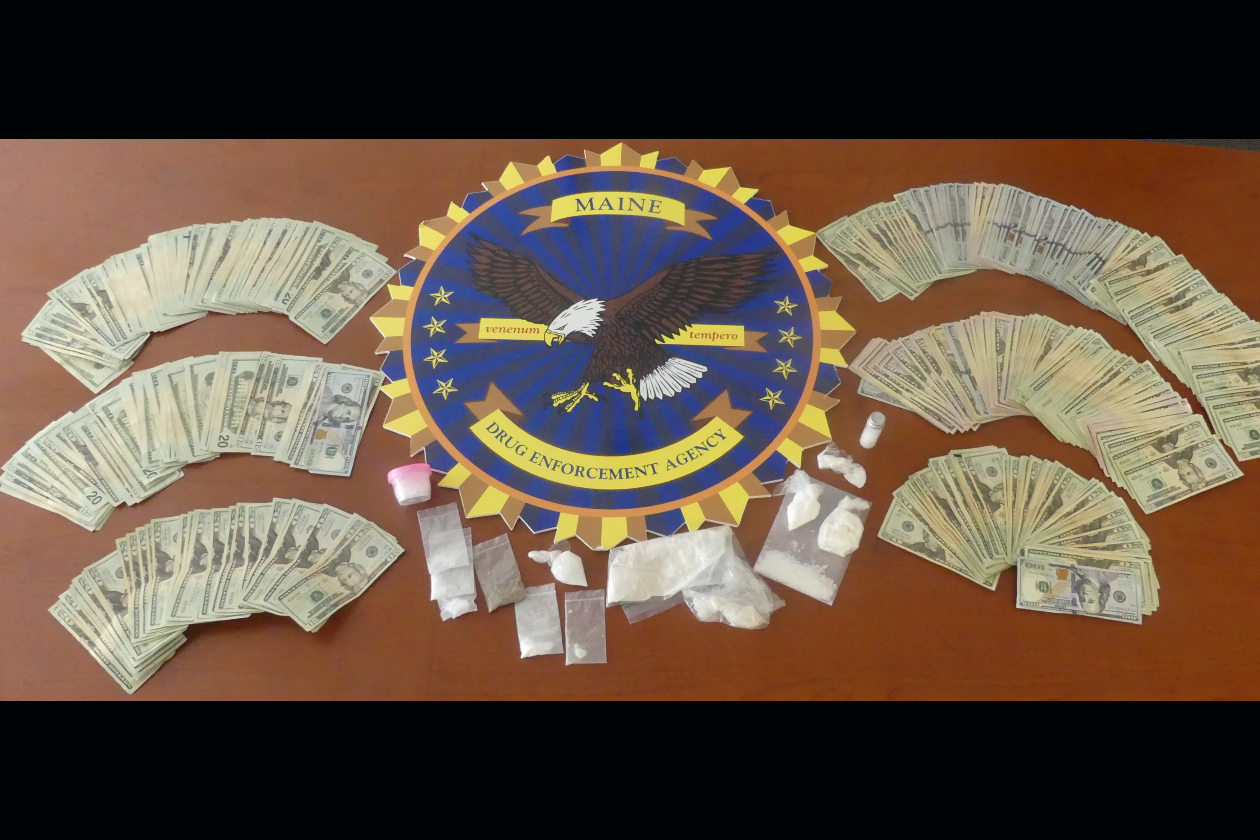 Also in the vehicle was 36-year-old Veronica Gomm of Verona Island. At the time of the stop, Witham had court-ordered search and testing conditions imposed by the court stemming from pending criminal offenses.

Both Witham and Gomm were taken into custody.

Immediately after the vehicle stop, agents obtained a search warrant for Witham’s residence. Upon entry into the house, agents located 24-year-old Therion Harmon of Deer Isle, who was in possession of approximately 20 grams of methamphetamine. Agents located additional methamphetamine, along with suspected fentanyl and $20,000 in suspected drug proceeds.

All will have an initial appearance on these charges today, March 10.

Tractor Trailer Jackknifes on I-295