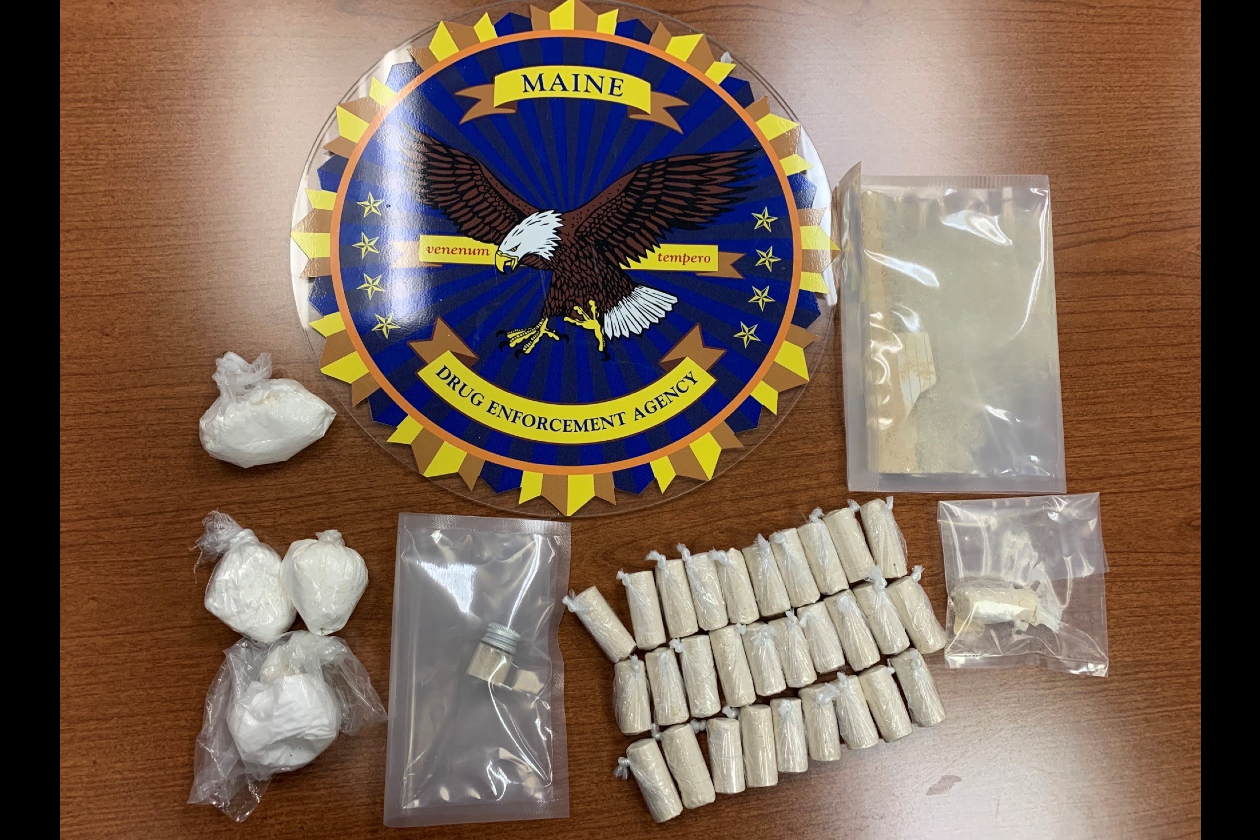 A pair from Skowhegan were arrested yesterday, Jan. 5, following the discovery of a significant amount of fentanyl and cocaine in their vehicle. Agents believe the drugs were being transported into the State of Maine for redistribution throughout Somerset and Kennebec Counties.

Acting on information received from anonymous sources, agents assigned to MDEA’s South Central Task Force in Augusta, Maine, opened an investigation into a Skowhegan man and his girlfriend believed to be transporting illicit drugs from Haverhill, Massachusetts back into the state for redistribution within the Central Maine area. Investigators were able to identify a 2009
Ford Escape that the pair had left the state in. Working with investigators from Massachusetts, agents were able to confirm that this vehicle was spotted in Haverhill late Wednesday afternoon.

Early last evening agents observed the Ford Escape traveling Northbound on I-95 in the Gardiner area. This vehicle was later stopped in the Augusta area with the assistance of the Maine State
Police. The vehicle was driven by 42-year-old Christopher Park, of Skowhegan. In the passenger seat was Park’s girlfriend, 36-year-old Stacy Bowman, also of Skowhegan. Following the stop, the Ford Escape was searched utilizing a State Police drug detection K-9.