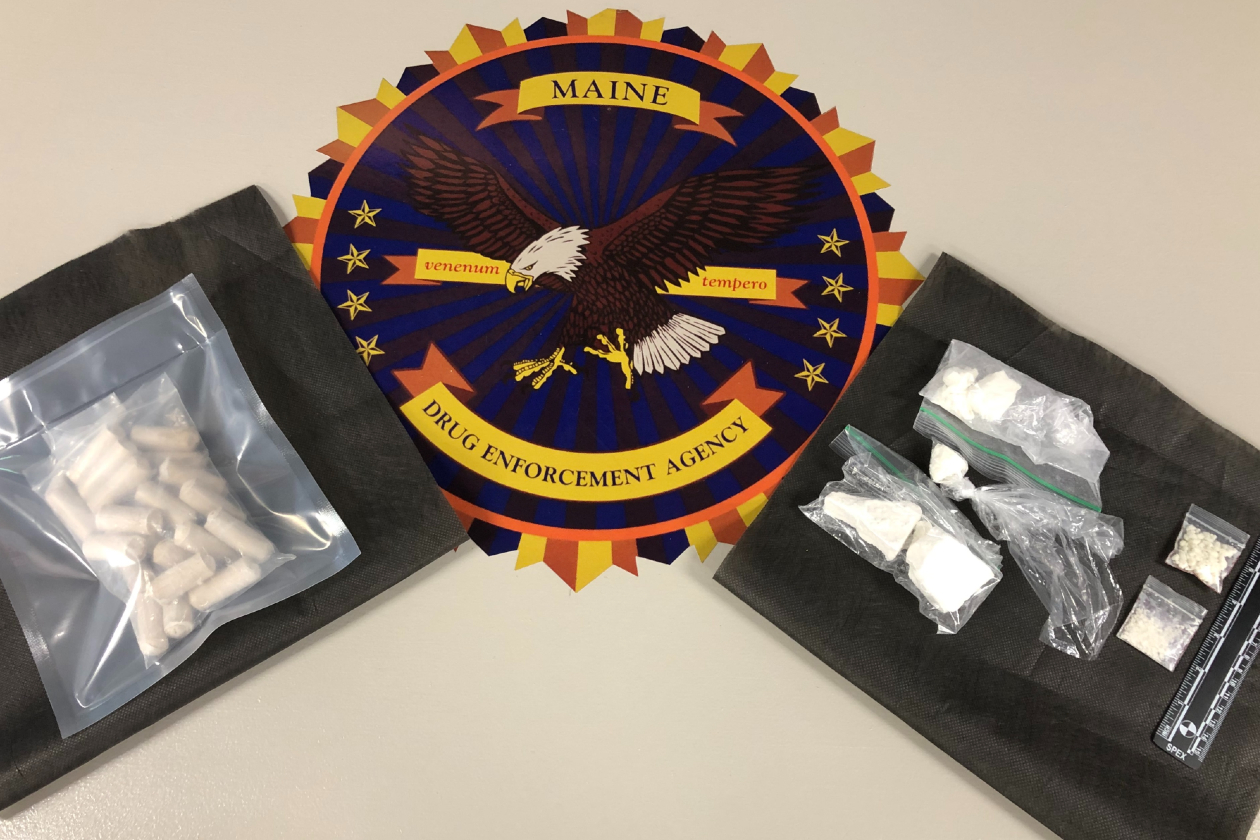 John Katula, 46, of Winthrop has been arrested as part of an ongoing drug trafficking investigation.

Last night, June 16, agents from the York District Task Force observed a vehicle in Sanford operated by Katula. Agents were aware that Katula had an expired Maine driver’s license. Katula was also known to have bail conditions for pending 2019 drug offenses. These bail conditions allowed a search of his person, vehicle and residence without articulable suspicion or probable cause.

Agent’s requested the Maine State Police conduct a traffic stop of the vehicle. The vehicle was stopped in Alfred. During the stop Katula produced a fake Arkansas
driver’s license with a different name as well as a fake social security card to troopers in an attempt to conceal his true identity.

A search of the vehicle resulted in the seizure of, 240 grams of fentanyl, 80 grams of cocaine HCL, 5 grams cocaine base and 2.9 grams of methamphetamine. The seized drugs have an estimated street value of $45,000.

Katula was arrested and transported to the York County Jail where he awaits his initial appearance. No bail was set due to his bail violation.