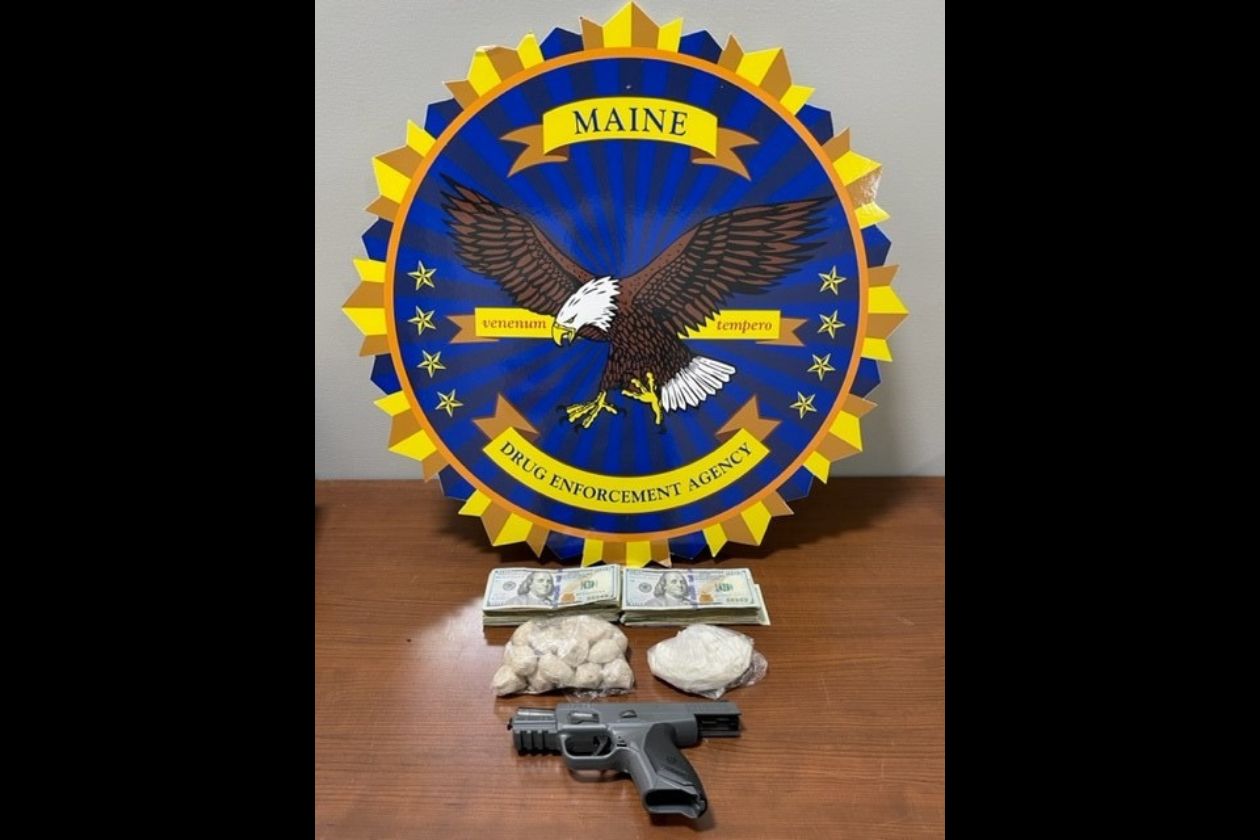 As the result of a joint investigation among the Maine Drug Enforcement Agency and the Hampden Police Department, 3 people have been arrested in connection with the distribution of fentanyl and crack cocaine from a residential home in Hampden.

Over the past several months, MDEA’s North Central Task Force, along with the Hampden Police Department, have been investigating a group responsible for the distribution of fentanyl and crack cocaine from a Ruth Avenue home in the Town of Hampden, Maine. This investigation has included the undercover purchase of both illicit drugs from this house.

On Tuesday, July 19, 2022, MDEA agents, Hampden Police officers and Penobscot County Sheriff’s Deputies executed a search warrant on the Ruth Avenue home in Hampden. During the search warrant, investigators seized a .45 caliber handgun, approximately 80 grams of crack cocaine, 200 grams of fentanyl and approximately $10,000 in cash suspected to be the proceeds from drug sales. The estimated street value of the drugs seized is approximately $42,000.

The following have been arrested and transported to the Penobscot County Jail as part of this investigation are:

Assisting the MDEA and the Hampden Police Department were the US Drug Enforcement Administration and the Maine State Police. This investigation is continuing, and more arrests are
likely.