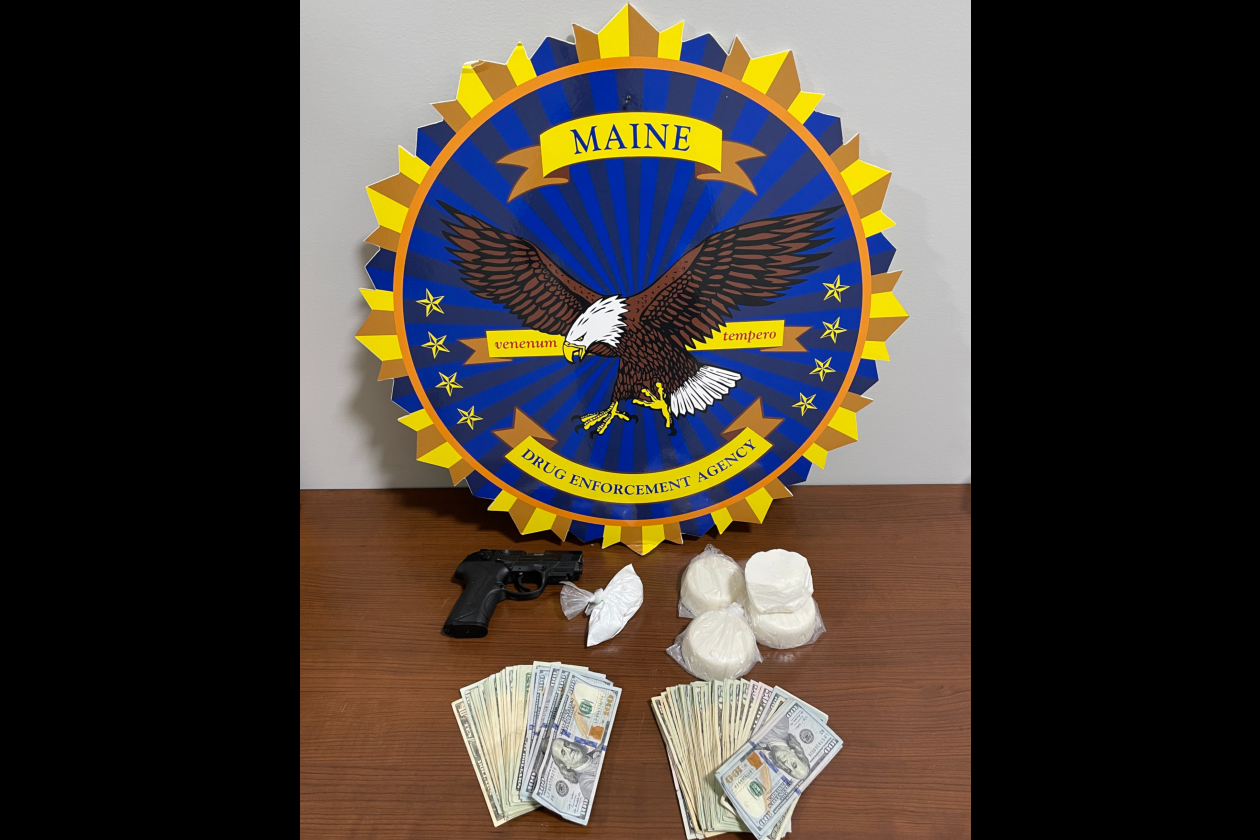 For the past several weeks, MDEA agents of the Bangor-based North Central Task Force have been investigating a group of individuals believed to be trafficking crack cocaine and fentanyl from a room inside a Bangor motel.

As part of this investigation, agents learned that this group had returned to Bangor from out of state with what was believed to be roughly a kilogram (2.2 lbs) of crack cocaine and a significant amount heroin/fentanyl. Working closely with the Bangor Police Department, agents developed enough information and were granted a search warrant for a motel room in Bangor from which the illicit trafficking activities were occurring. This search warrant was executed late Tuesday evening, March 16.

Seized in connection with this investigation and resulting search warrant was approximately 900 grams (2 lbs) of crack cocaine, 250 grams of suspected fentanyl, 55 grams of powdered cocaine (Cocaine Hydrochloride), a loaded .40 caliber semi-auto handgun and $3000 cash, suspected to be the proceeds from drug trafficking.

The drugs have a combined street value in excess of $100,000. All charges were enhanced to the “Class A” offense due to the presence of the firearm and the type/quantity of the drugs located during the search.

Get a COVID-19 Vaccine Without Appointment