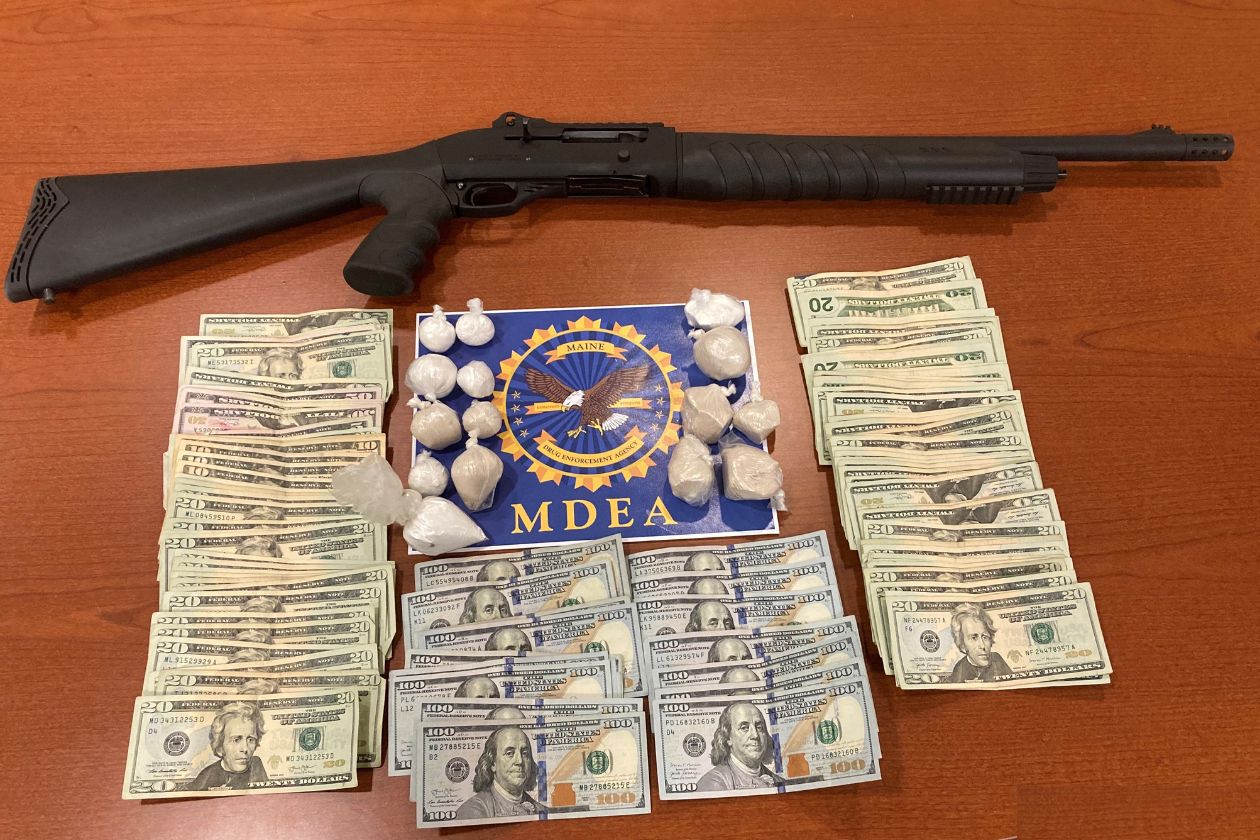 Three men have been arrested by The Maine Drug Enforcement Agency, along with the Hancock County Sheriff’s Office, in Sullivan and charged them with the most serious drug trafficking offenses after a weeks long investigation involving the importation of fentanyl and other drugs into Hancock County.

Seized during the search was approximately 330 grams of suspected fentanyl, 35 grams of cocaine, $3700 in suspected drug proceeds, along with a loaded 12-gauge shotgun. The estimated street value of the drugs seized is approximately $55,000.

Arrested and charged thus far in connection with this investigation is:
Steven Maldonado Rodriguez, 27, of South Lawrence, MA and Puerto Rico, Christopher Smith, 41 and Randolph Garland, 58, both of Sullivan.