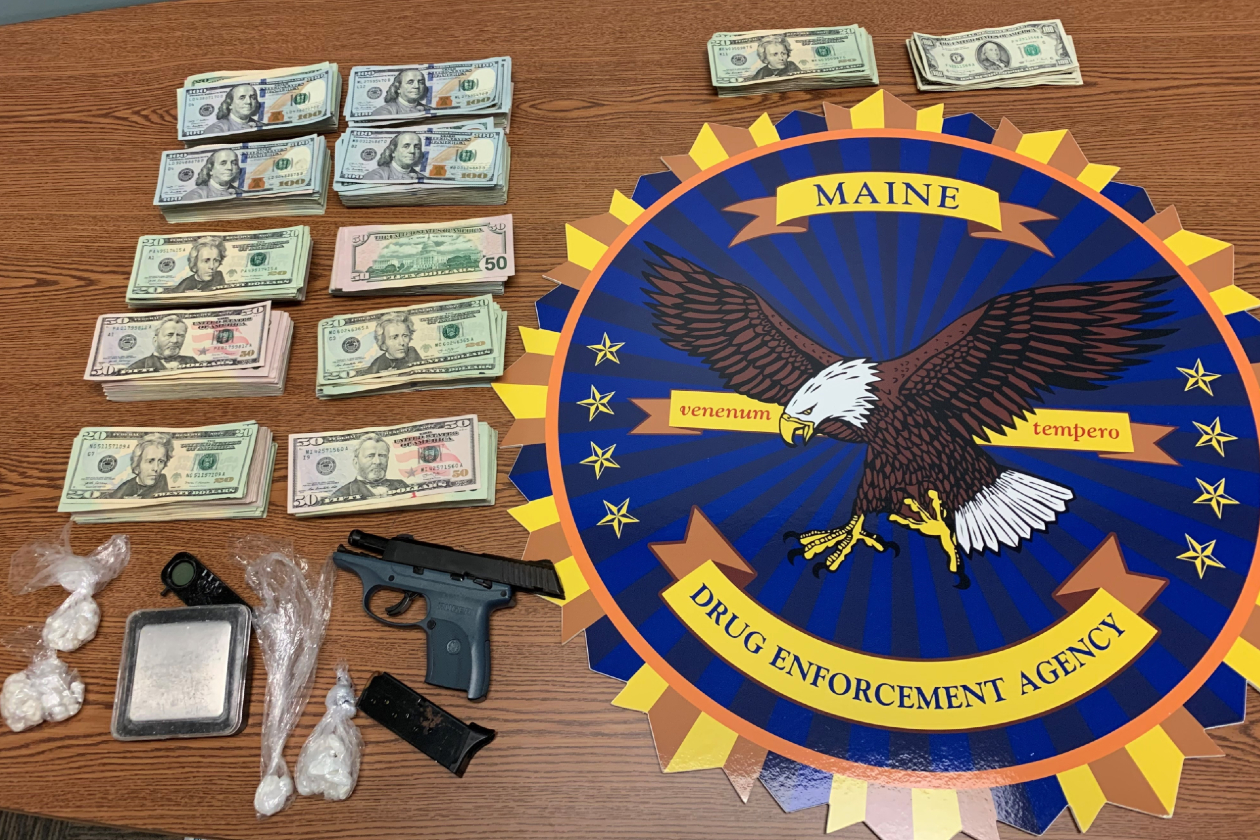 Moses L. Oreste, 21 of South Portland has been arrested for trafficking in crack cocaine and fentanyl.

On March 15, agents and South Portland Police Officers arrested Oreste when he delivered crack cocaine to an undercover agent. Agents seized 23 grams of crack
cocaine and 7 grams of fentanyl from Oreste. Agents subsequently served a search warrant at Oreste’s apartment in the Olde English Village apartment complex in
South Portland.

As a result of the search, agents seized an additional 12 grams of fentanyl, packaging and processing materials containing crack cocaine, $49,000 in suspected drug proceeds and a 9mm handgun. The handgun was reported stolen from Portland in 2017. Total street value of the drugs seized is $23,000.

Oreste is facing additional charges of Aggravated Trafficking in fentanyl and crack cocaine as well as Theft by Receiving of the firearm. Aggravating factor in the
drug charges was the possession of a firearm in relation to drug trafficking. He is currently being held at the Cumberland County jail where bail was set at
$60,000.00.

He is expected to make his initial court appearance on March 17 in Portland. The investigation is ongoing and additional arrests are expected.

Merriam-Webster’s Word of 2022 is ‘Gaslighting’