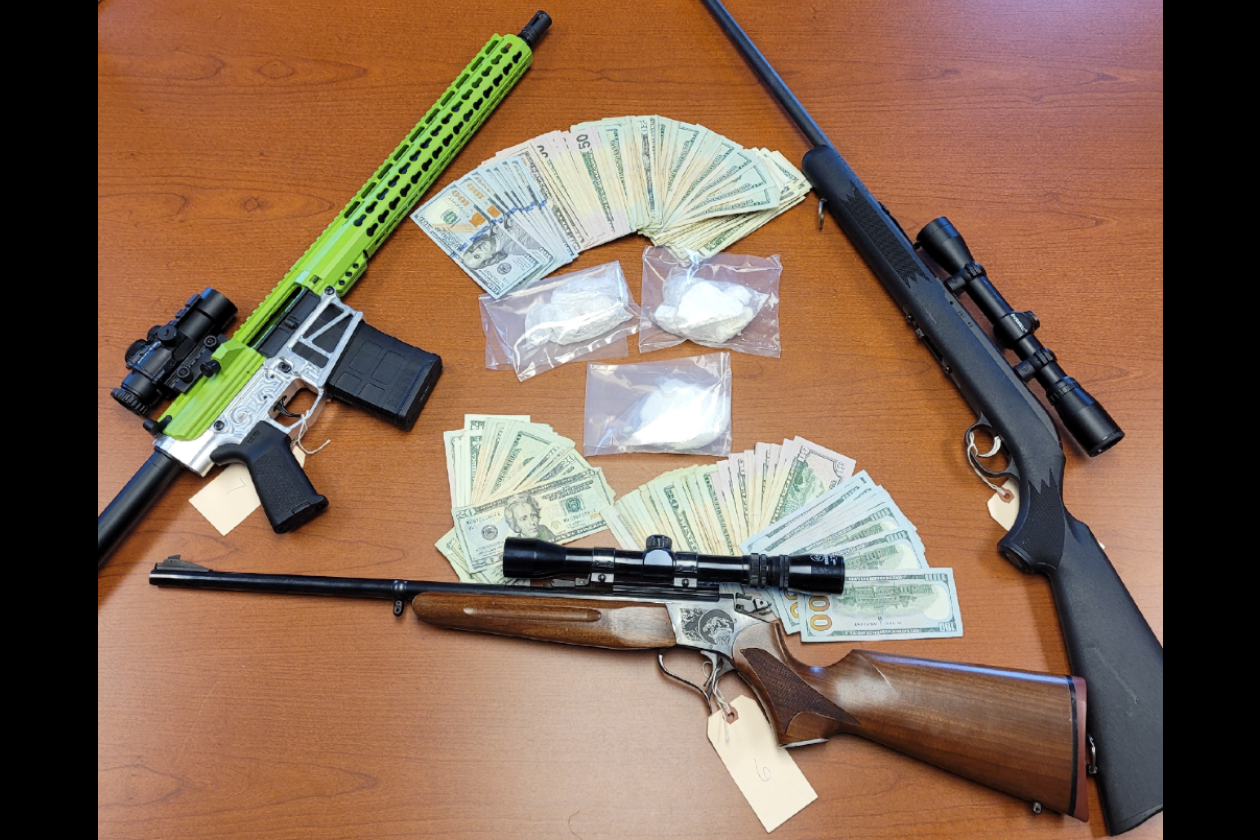 After a six-month investigation, Gary Beverage 46, and David Beal 49, both of Jefferson, have been arrested for drug trafficking charges.

Over the past six months, agents from the Maine Drug Enforcement Agency Mid-Coast District Task Force and Detectives from the Lincoln County Sheriff’s Office conducted an investigation into the illegal distribution of fentanyl and cocaine from a residence in Jefferson.

A search at 13 Martin Road, Jefferson resulted in the seizure of 153 grams of cocaine, 25 grams of fentanyl, $,5,600 in suspected drug proceeds and 3 firearms from Beverage’s bedroom. Agents found the residence fortified with wooden barricades at the entrances as well as utilizing security cameras and warning systems to alert residents of intruders and law enforcement.

Agents have identified the out of state sources and the investigation is ongoing. Additional charges and arrests of those involved in this investigation are
anticipated through the Grand Jury process.