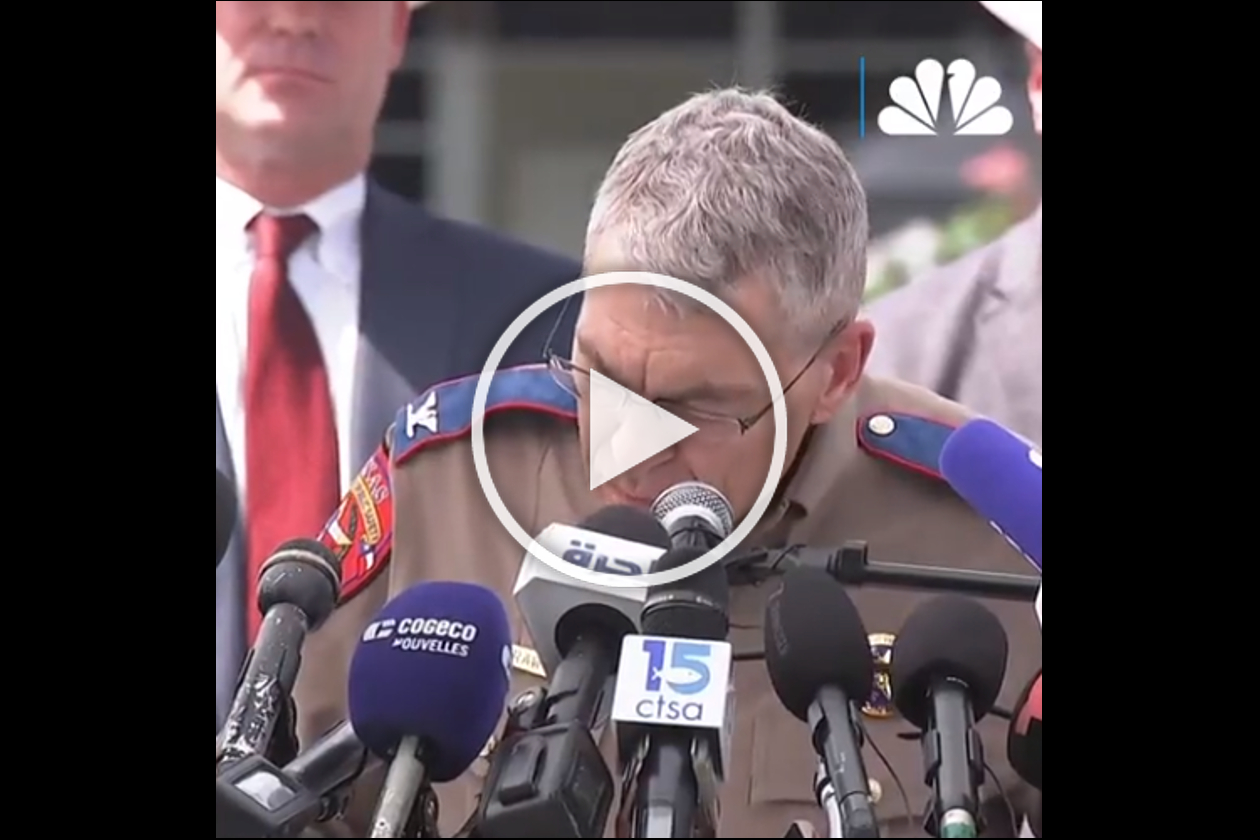 Texas DPS Director Steve McCraw confirmed that no efforts were made to rescue children at Robb Elementary during the mass shooting this week, because an on-scene commander believed that authorities were addressing a barricaded suspect, not an active shooter.

A decision was made…that there was time…to wait for a tactical team. With the benefit of hindsight, it was the wrong decision. If I thought it would help, I would apologize. We take an oath…to protect people.

WATCH: The Texas Department of Public Safety holds a press conference with an update on Tuesday's deadly shooting at Robb Elementary School in Uvalde, Texas. >https://t.co/nKc8I1UMD7

Throughout the attack, teachers and children repeatedly called 911 asking for help, including a girl who pleaded: “Please send the police now,” authorities said. https://t.co/NAaghmIdHt

BREAKING UPDATE: It was the wrong decision. Period," the director of the Texas Department of Public Safety said of the decision to delay confronting the Uvalde school shooter. https://t.co/bePp1ansIV pic.twitter.com/VfnPQeRNpU

UPDATE: Officials in Texas offered a more detailed timeline of events about the elementary school shooting in Uvalde, Texas. One acknowledged it was wrong to delay confronting the gunman inside. https://t.co/R1bN71hrhz