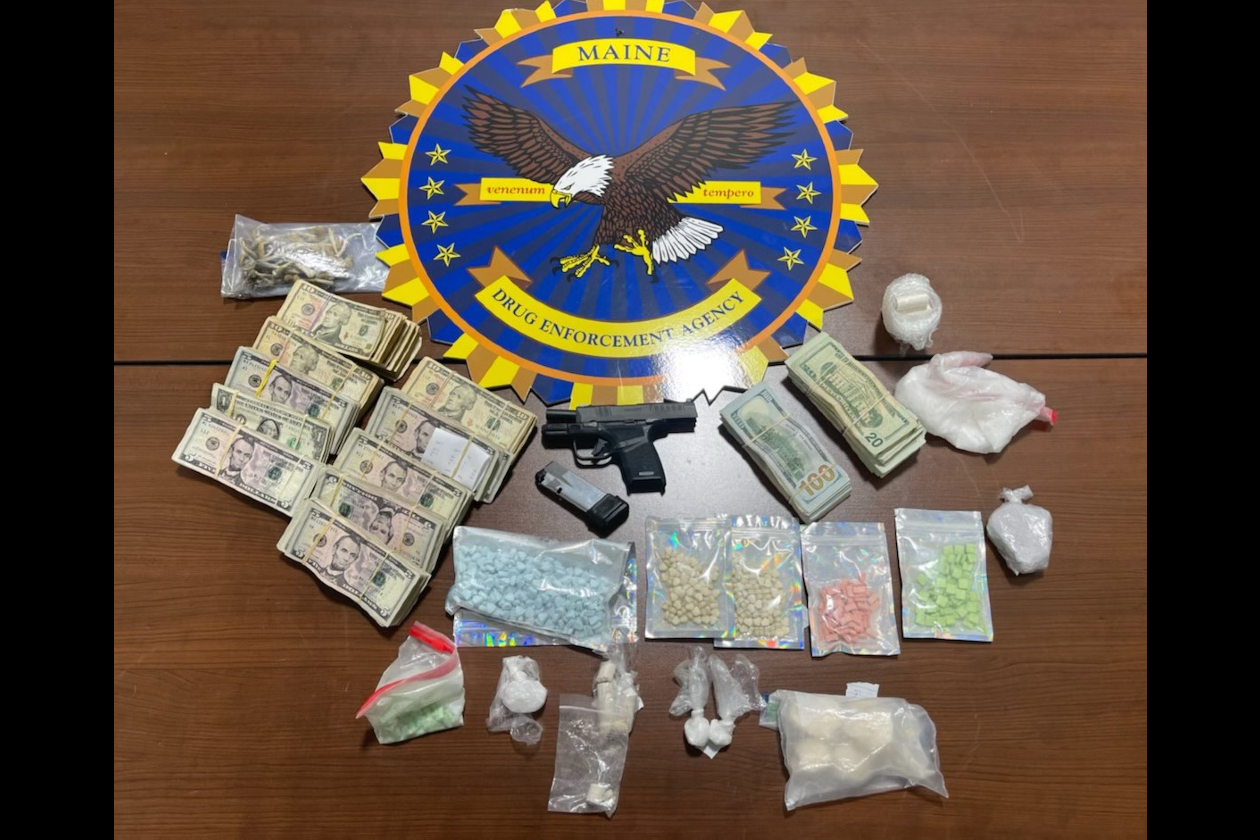 For the past several months, agents with MDEA’s North Central Task Force in Bangor have been investigating the sale of fentanyl and other illicit street drugs from an apartment building on Bolling Drive in Bangor.

During this investigation, which included the under-cover purchase of fentanyl from the Bolling Drive apartment, agents were able to identify 31 year old Douglas Morris of Bangor as the suspected source of the drugs coming from the apartment. This location is within 1,000 feet of Griffin Park, an area designated by the City of Bangor as a “Drug Free Safe Zone”. Selling drugs within this area is an aggravating factor to the trafficking offense.

During the morning of Nov. 4, agents observed Morris exit the Bolling Drive apartment and leave in a vehicle. This car was subsequently stopped by the Bangor Police Department. Morris, who was wanted on five outstanding warrants, was taken into custody. Found on Morris at the time of his arrest, was over $15,000 in cash and approximately two ounces of suspected fentanyl.

Following the arrest of Morris, MDEA agents, along with members of the Bangor Police Department, executed a search warrant on the Bolling Drive apartment. Inside the apartment, agents located the apartment owner, 45 year old Shannon Jenkins and a second individual, 48 year old Christopher Harvey of Bangor.

Seized during the search was an additional $15,000 in cash, an additional 13 ounces of suspected fentanyl, 7 ounces of methamphetamine, an assortment of 700 suspected counterfeit pills, and a 9 mm semi-auto handgun which was
reported stolen in a recent Bangor car burglary. Total street value of the drugs seized is estimated at $90,000.

As the result of this investigation, Morris, Jenkins and Harvey were all transported to the Penobscot County Jail and charged with Class A, Aggravated Trafficking in Schedule W Drugs.