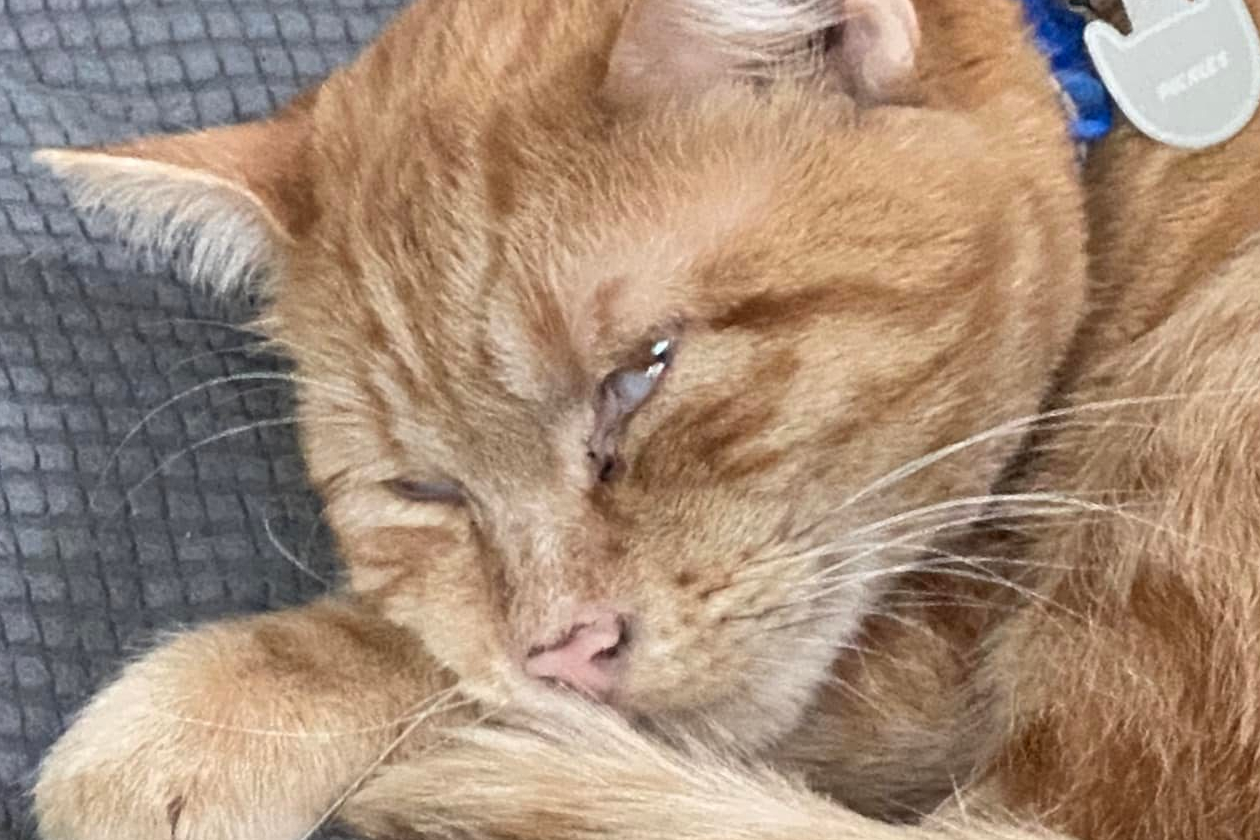 Kelli Hoover in Gardiner named her cat Pickles McButterpants the Muffin Slayer, and now the kitty is in the running to win Nationwide’s Wacky Pet Name Contest.

From the contest page:

According to his mom, Pickles can be a bit of a brat to his cat sisters. But he’s a sweet guy, whose best friend is a dog who is unsure she’s a dog. When asked how to come up with a wild and wacky name like Pickles McButterpants the Muffin Slayer, she adds, ‘You have to find one that fits. You can’t force a name on a pet, but when you say the name and it’s the right one, it will just sound right.’

You can vote for Pickles here. Voting is open until April 9.

Top vote-getters in each category will be announced April 11.

So this guy has been nominated for wackiest pet name from nationwide pet insurance. Voting starts in a week. I will post…