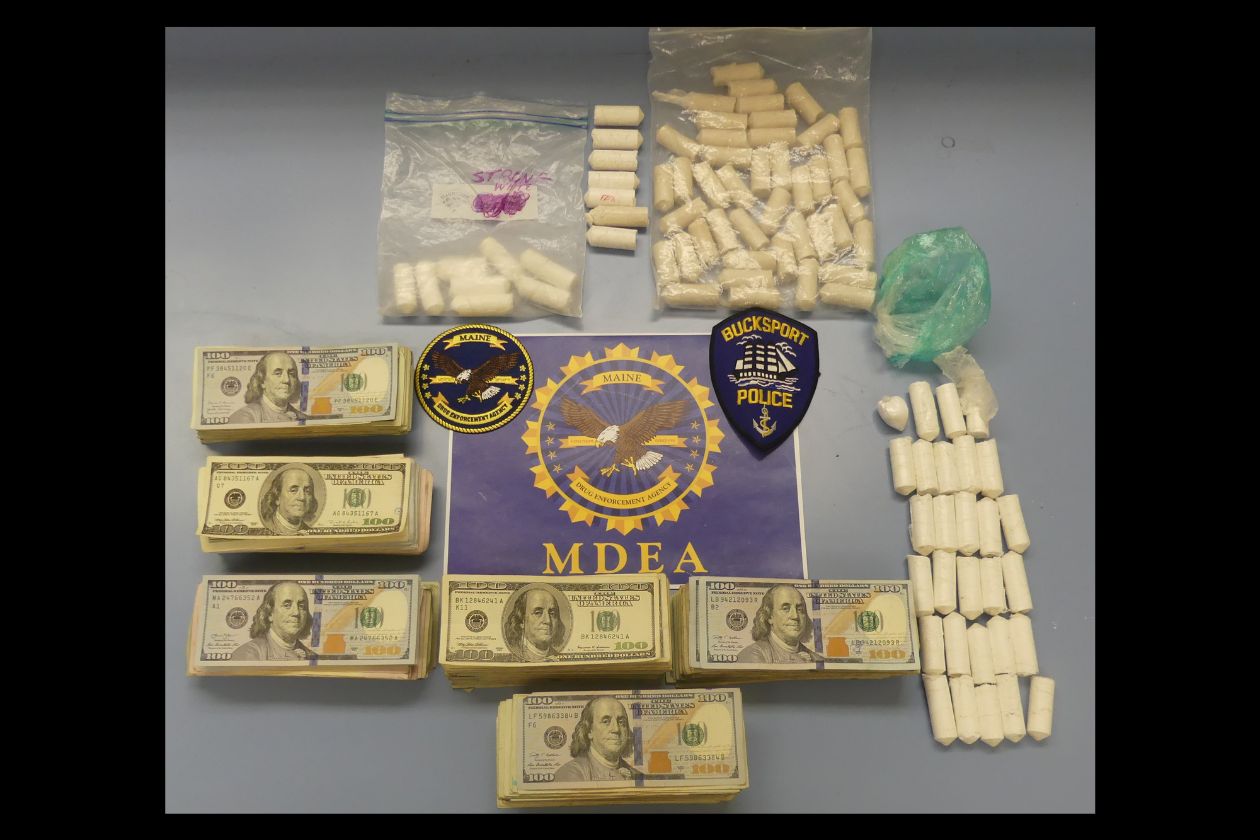 As the result of a joint investigation initiated by the Bucksport Police Department, five people have been arrested and a significant amount of fentanyl, destined for distribution in Bucksport and throughout Hancock County, has been seized.

Over the past several months, the Bucksport Police Department, has been investigating a group of individuals in their jurisdiction suspected of distributing significant amounts of the deadly
drug, fentanyl. Last week, Bucksport officers contacted investigators assigned to MDEA’s Downeast Task Force with information in which agents and officers used to obtain a search warrant for a camp located on Toddy Pond along the Gus Moore Road in the Town of Penobscot.

In the early evening hours of July 13, law enforcement officers executed the warrant. As a result of the search, approximately 1.5 pounds of fentanyl and over $30,000 in suspected drug proceeds, along with other evidence of drug trafficking, was seized. Three individuals from Bucksport were arrested following the discovery of the above.

During the investigation, MDEA Agents and Bucksport Officers were able to identify the suspected source of supply of fentanyl and determined that it was coming to Maine from a Massachusetts source On Friday, July 15, a vehicle from Massachusetts, destined for the group in Bucksport was stopped along I-95 in Hampden. Agents obtained a search warrant for this vehicle which resulted in the seizure of an additional ½ pound of fentanyl. In total, this investigation resulted in the seizure of 1 kilogram of fentanyl with a suspected street value of over $100,000.

The following have been arrested and charged with Class A- Aggravated Trafficking in Schedule W Drugs (Fentanyl):

Warford and Ward were transported to the Hancock County Jail following their arrests on July 13. Adams was released on PR bail from Bucksport PD. Perez and Aybar were transported to the Penobscot County Jail following their arrests on July 15. All suspects are presumed innocent until proven guilty in a court of law. Assisting the Bucksport Police Department and the MDEA in this investigation was the Hancock County Sheriff’s Office, Homeland Security Investigations, the Maine State Police and the US Drug Enforcement Administration. This investigation is continuing, and more arrests are likely.