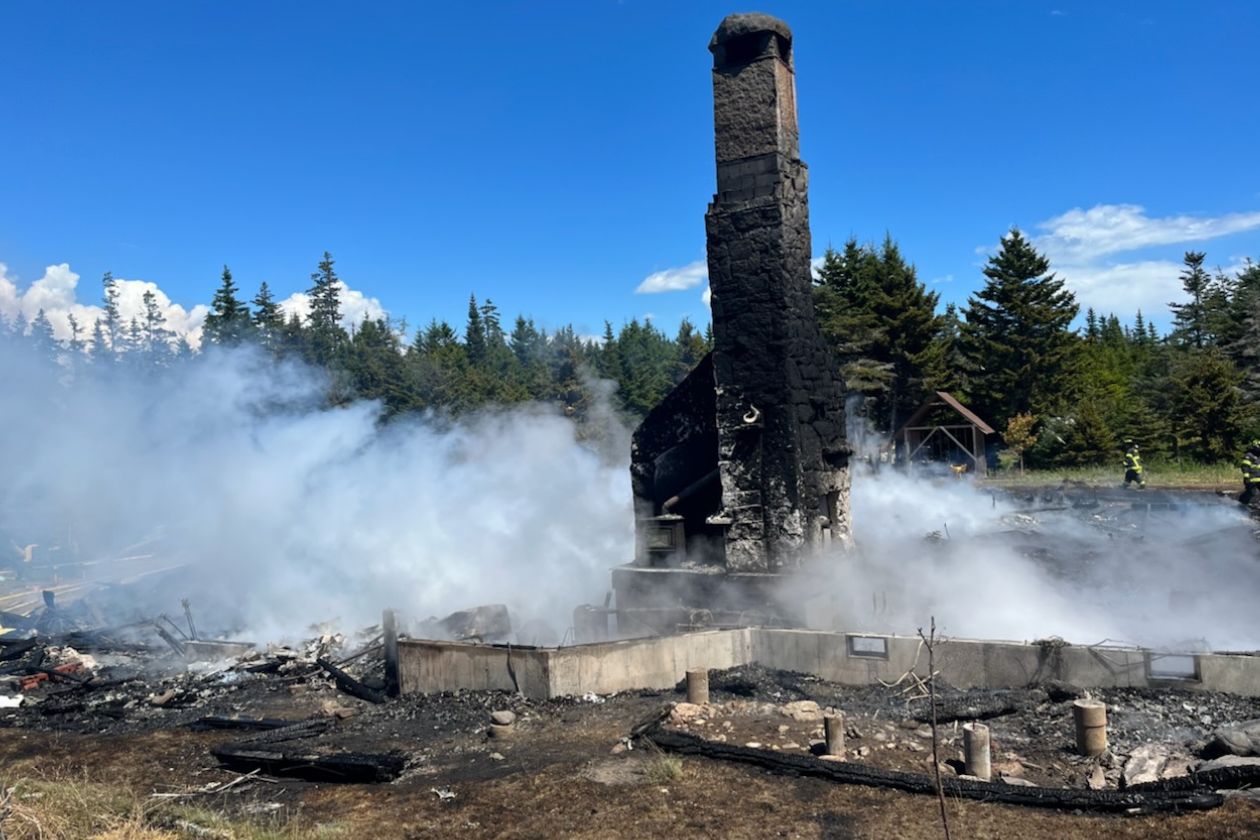 Update from the Maine Department of Public Safety:

The Fire Marshal’s Office has completed its work at the scene of a house fire/explosion Sunday in Stonington. The cause is still underdetermined but investigators have established that the explosion occurred before the fire.

The deceased was located inside. The Fire Marshal’s Office is working with the Office of Chief Medical Examiner in Augusta to confirm identification. It is believed that the deceased is 71-year-old David Crutcher who lived alone at the residence.

The investigation is ongoing but there is no evidence of foul play at this time.

Yesterday morning, August 14, around 9:30 am, the Fire Marshal’s office was contacted and responded to a residential explosion/fire at 160 Fifield Road in Stonington. Emergency responders received the initial call at approximately 8:52am reporting an explosion at the residence.

Investigators from the Fire Marshal’s office began processing the scene this afternoon and have located the remains of one person. The remains have been transported to the Office of Chief Medical Examiner in Augusta.

It is believed that the remains are of 71-year-old David Crutcher who lived alone at the residence.

The cause of the explosion/fire is still under investigation. Investigators spent the afternoon at the scene and will be returning today to continue their work.