Jacob Bizier, 31, of Winslow, has been arrested after a traffic stop by Fairfield police. They discovered cocaine, methamphetamine and other trafficking items in his car.

Bizier is charged with aggravated trafficking in schedule drugs and unlawful position of scheduled drugs. 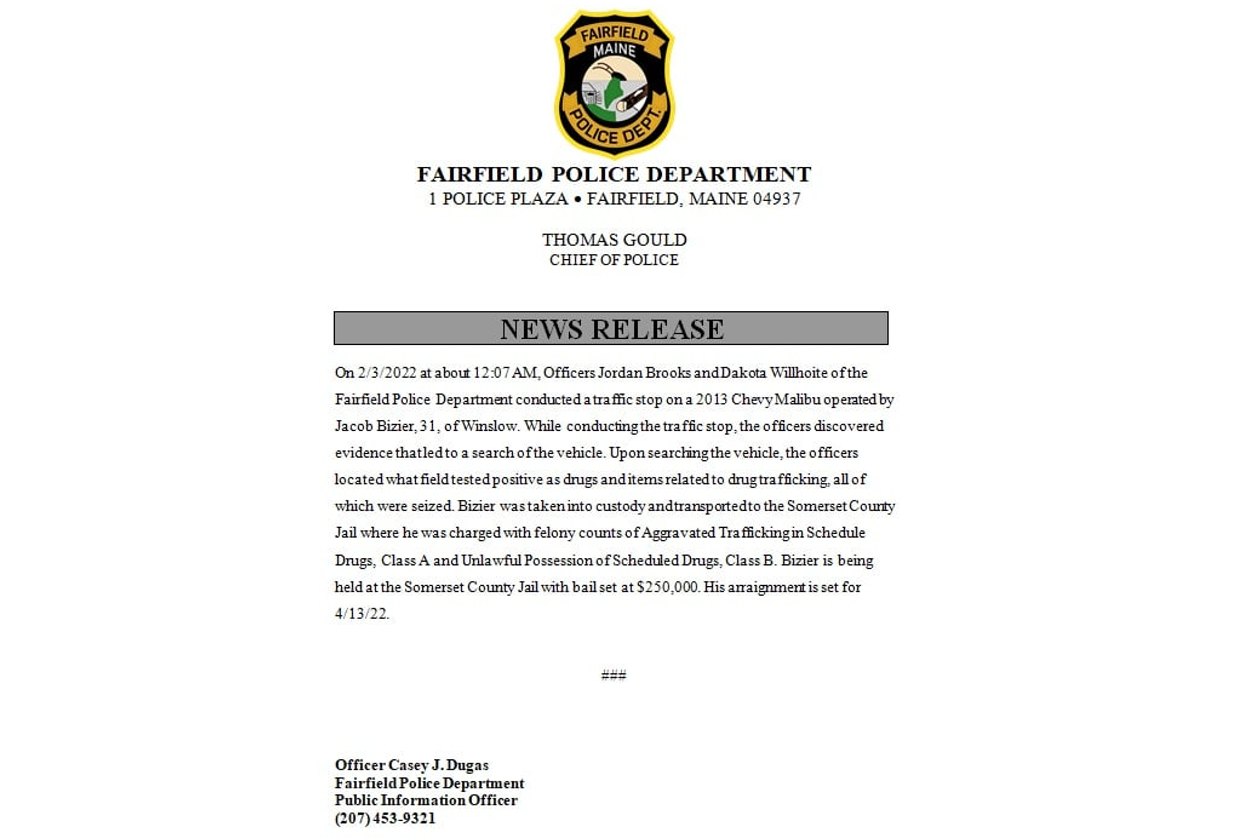 A Maine man has been charged with trafficking after police say they found meth and cocaine in his car during a traffic stop early this morning. https://t.co/dmlhcV4Unx