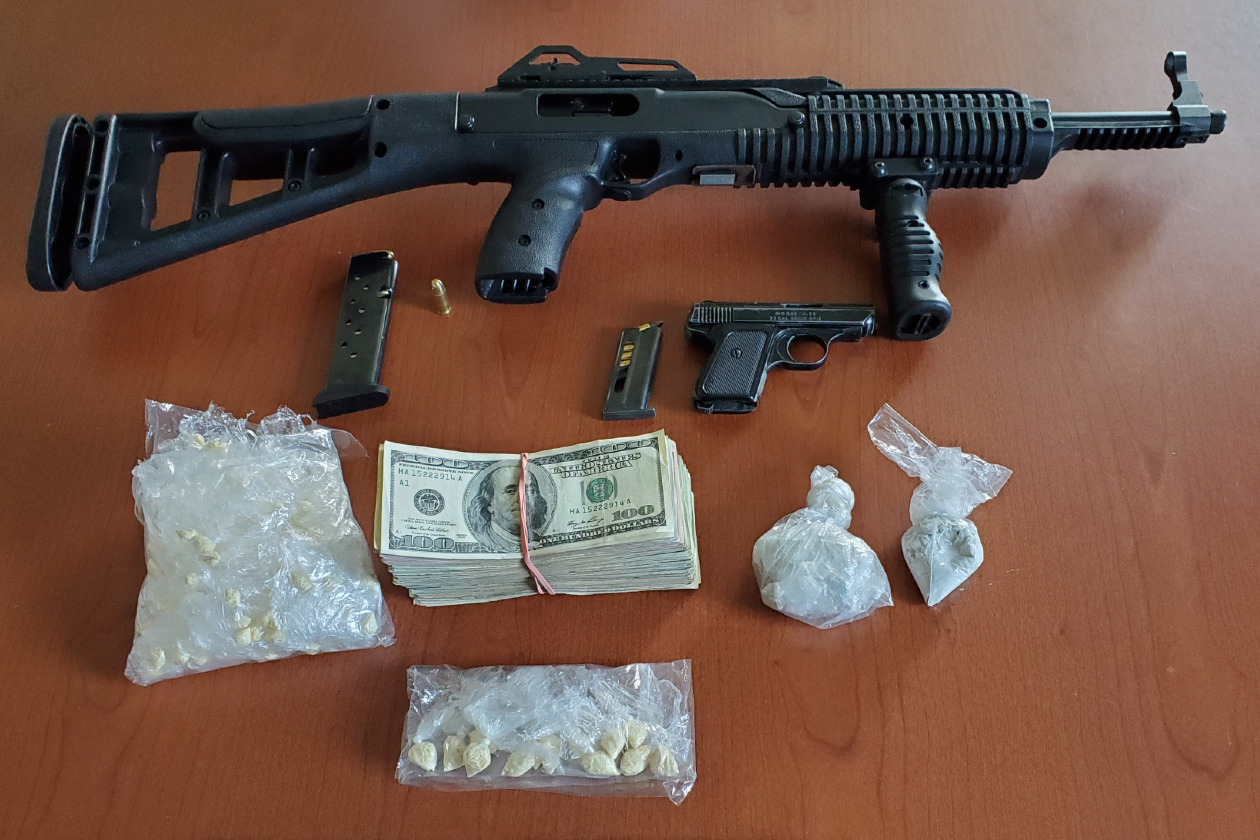 A Belmont couple is accused of allowing an out of state drug trafficker to use their home to sell fentanyl to Waldo County residents.

Charged are Jere Waterman, 49, and Judy Waterman, 51, both of Belmont and Raqwan Ryant, 21, of Brooklyn, New York.

Over the past five months, agents from the Mid-Coast District Task Force conducted an investigation into the illegal trafficking of drugs throughout Waldo
County. Agents conducted several undercover purchases of fentanyl from a home on Belmont Road in Belmont. The homeowners, Jere and Judy Waterman allowed a New York man, Raqwan Ryant to use their home to sell fentanyl. The Waterman’s recruited customers to come to their home where they sold fentanyl provided by Ryant.

Agents executed a search warrant at the Waterman’s residence and located Ryant in a bedroom with a loaded handgun and fentanyl in his pockets. A loaded rifle was also located on a bed in the room. More fentanyl was located in the room along with approximately $10,000 in suspected drug proceeds. Ryant was arrested and transported to the Waldo County Jail without incident.

The Waterman’s were both charged by Criminal Summons with a court date of November 5, 2021 in Waldo County Superior Court.

More than 150 grams of fentanyl was seized during the search warrant with an approximate value of $25,000.

Travel Alerts Because of Upgrades at Turnpike Service Plazas

Massachusetts Man Arrested for OUI After Crash in Wells