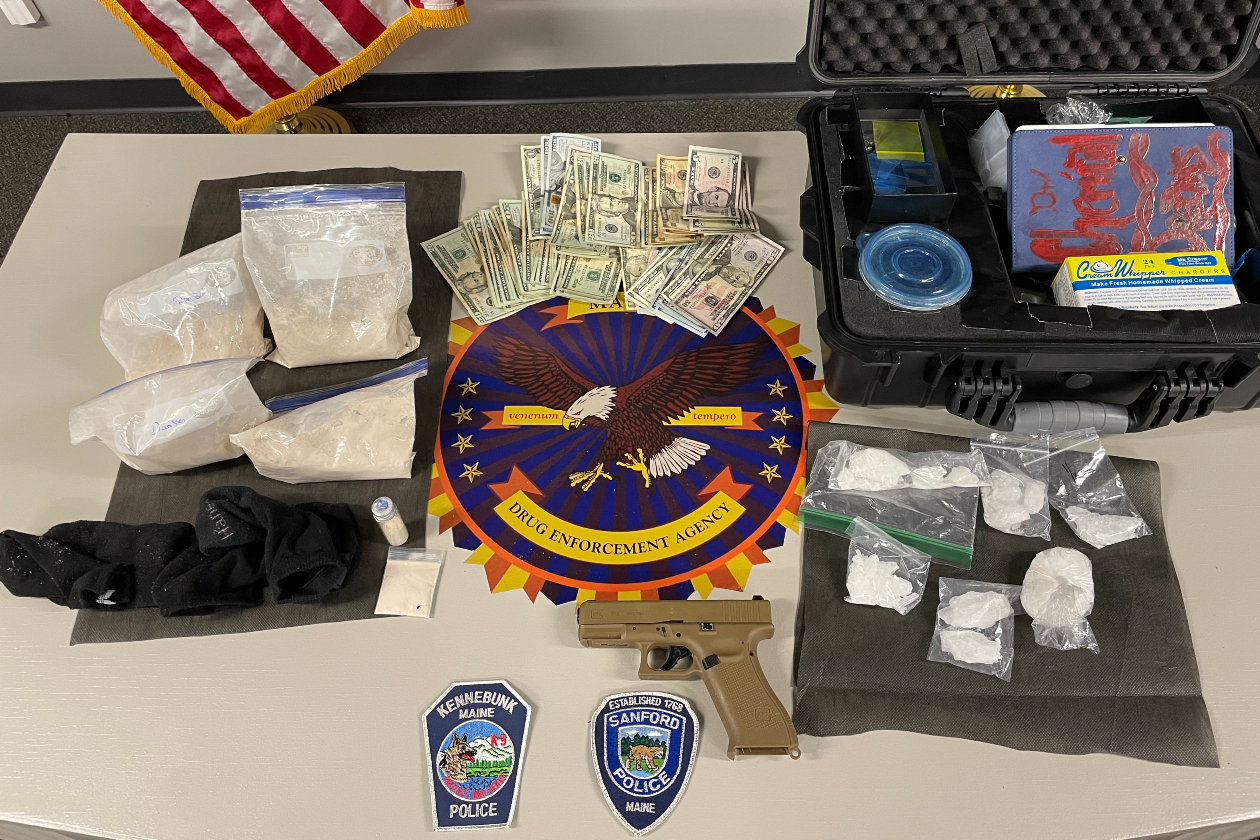 MDEA agents and officers from the Sanford Police Department have been investigating the distribution of methamphetamine and fentanyl throughout the greater Sanford area. Through this investigation, agents learned that 36-year-old Andrew Hanson of Sanford was allegedly making regular trips out of state and returning with substantial amounts of methamphetamine and fentanyl for re-sale throughout York County.

Yesterday agents determined that Hanson was making a trip out of state and likely returning with drugs. After locating his vehicle entering the State of Maine from New Hampshire, agents
followed Hanson to the Town of Sanford where he was stopped by Sanford police officers. Also in the vehicle with Hanson was a female passenger, identified as 20-year-old Julia Rea of Biddeford. Rea had an active arrest warrant for failure to appear on a theft charge and was arrested by the Sanford Police Department.

A drug detection K9 from the Kennebunk Police Department was utilized and alerted on the vehicle for the positive presence of drugs. Following a search of the Hanson’s vehicle, agents
located approximately 920 grams (2 pounds) of suspected fentanyl, 165 grams of methamphetamine, $1700 in suspected drug proceeds and a fake handgun. The street value of the drugs seized exceeds $155,000.

Hanson was transported to the York County Jail and charged with Class A Aggravated Trafficking in Schedule W Drugs. These charges were aggravated due to the weight of the drugs that were discovered. A bail commissioner set bail at $25,000 cash.

Turkey Prices Up 73% for Thanksgiving