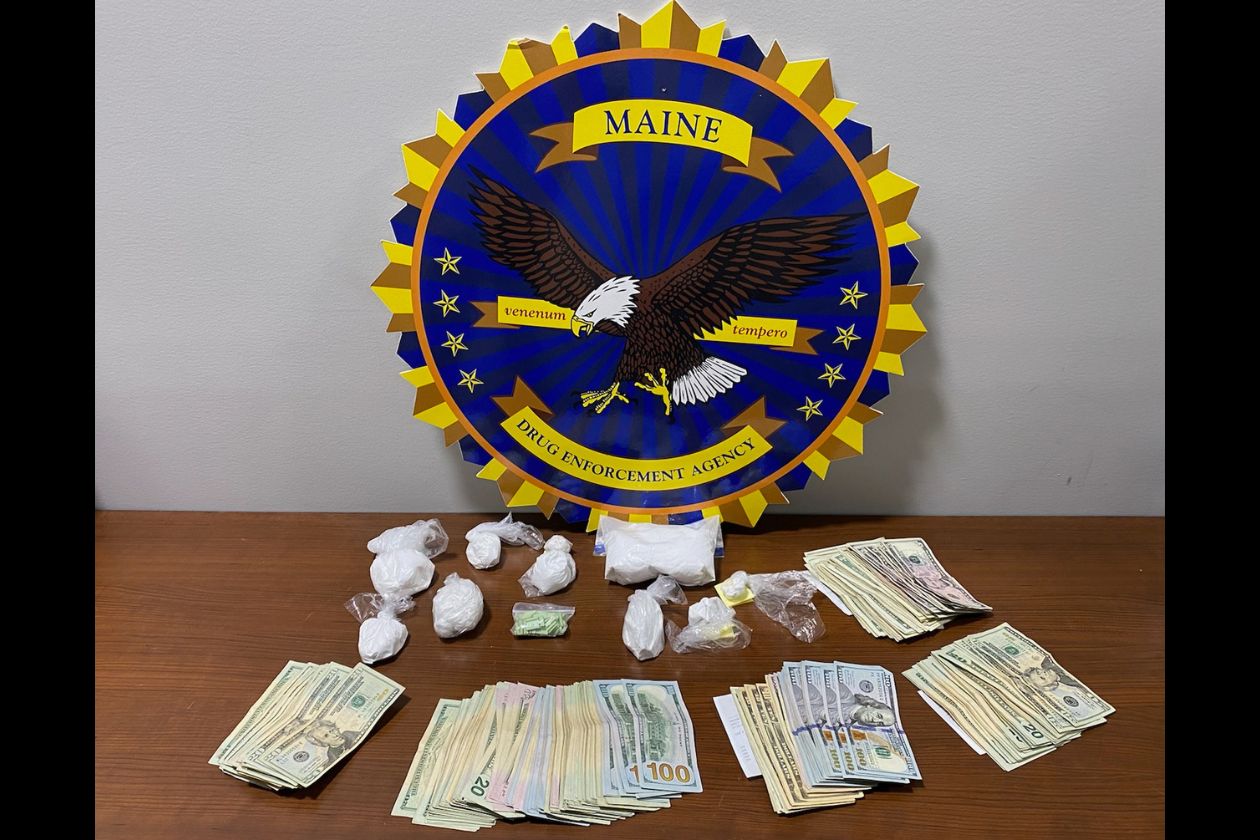 As the result of a two-year, joint investigation by the Maine Drug Enforcement Agency, the Bangor Maine Police Department and U.S. Drug Enforcement Administration, two Massachusetts men have been arrested in connection with the distribution of fentanyl and other drugs throughout the Greater Bangor area.

One person has also been charged with contributing to the overdose death of a woman in Bangor in 2021.

26-year-old, Lawrence Camillo of Lowell and associates traveled to Maine staying at local hotels in the Greater Bangor area. Camillo would distribute fentanyl to local drug users. During the investigation agents conducted undercover purchases from Camillo.

On Wednesday, July 27, 2022, at approximately 10:30 pm, MDEA agents and Bangor Police Officers executed two search warrants for rooms at the Hollywood Slots Casino, where Camillo and an associate were staying. As a result of the search, approximately 670 grams of fentanyl, 110 grams of cocaine and $14,000 in suspect drug proceeds were seized. The estimated street value of the drugs seized is approximately $75,000.

Arrested inside the hotel occurred without incident and the following individuals were transported to the Penobscot County Jail:

Additional charges are expected for both men.

Michael Nesmith of the Monkees Dies at 78