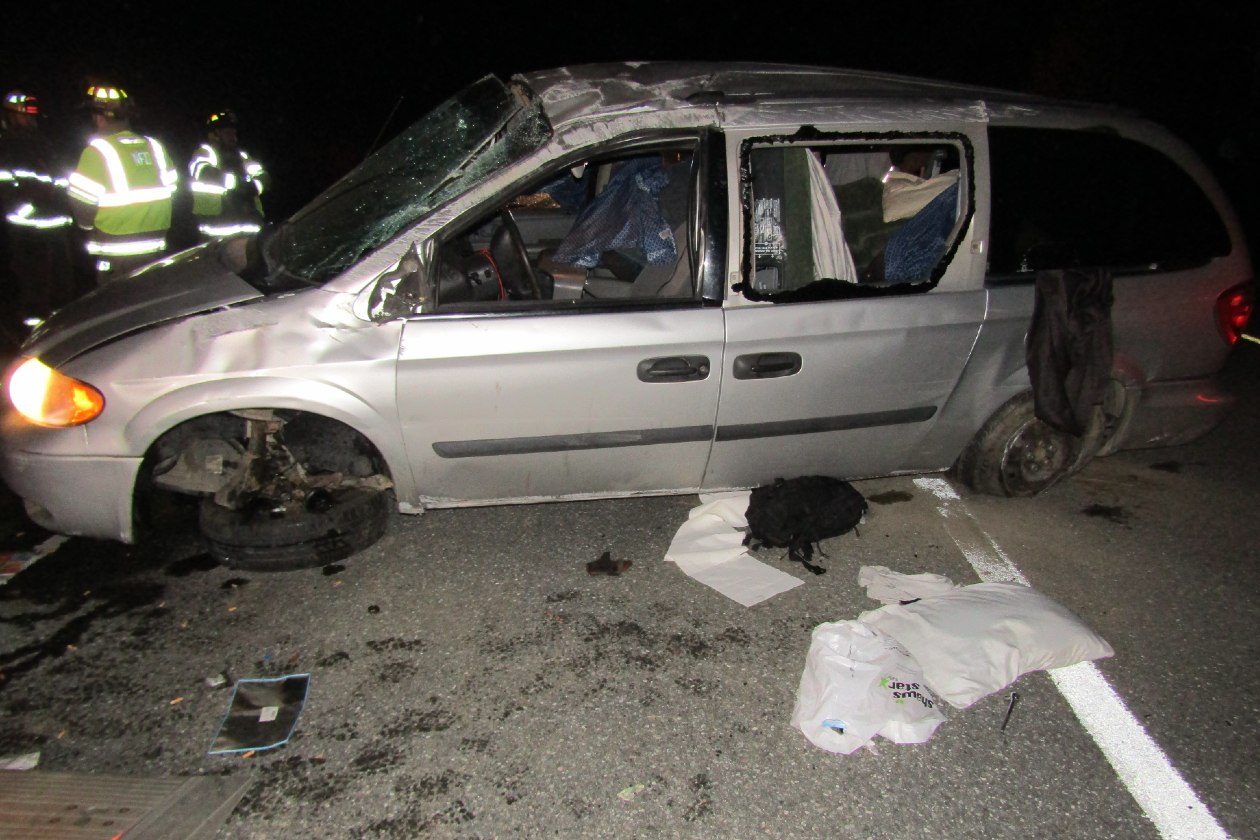 Last night, oct. 28, Maine State Police responded to a single vehicle crash on I-95 northbound near mile marker 156 in Palmyra.

During the investigation, Troopers learned that a 2005 grey Dodge Caravan went off the roadway on the median side. The driver and sole occupant of the vehicle, 37-year-old Michael Foss of Bangor overcorrected the steering wheel and the vehicle re-entered the roadway and rolled over several times. Foss was not wearing a seatbelt and was ejected from the vehicle which caused significant injuries.

Foss was transported to the Sebasticook Valley Hospital where he was pronounced dead.

The Maine State Police were assisted by the Pittsfield Police Department and the Newport Fire Department.

Arrest Made in Auburn Shooting