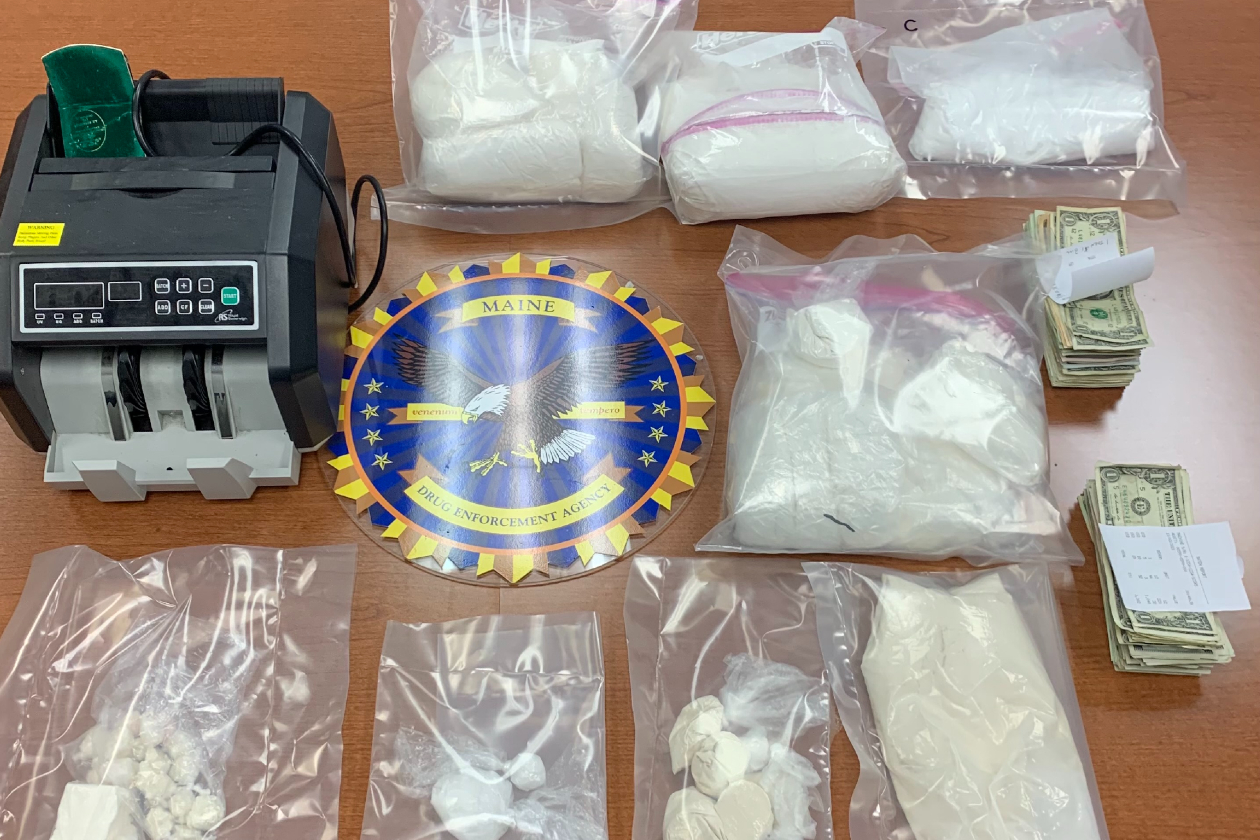 On Nov. 2, Maine State Police Major Crimes Unit Detectives responded to 26 Oak Street, Apt. 2, in Oakland at the request of the Oakland Police Department. Ashley Malloy, 21, called 911 to report her 14-month-old child, Karson Malloy was having a medical emergency. The child was transported to Inland hospital in Waterville where he was pronounced dead.

After a preliminary investigation, State Police Detectives applied for and were granted a search warrant for the apartment the child and mother lived in. Inside the apartment, Detectives located 5.85 lbs. of fentanyl, 3.4 lbs. of methamphetamine, 1.35 pounds of crack cocaine, and $2,262 in cash and other items indicative of drug trafficking.

Malloy was charged Nov. 4, by MDEA with Class “A” Aggravated Trafficking in Schedule W drugs as a result of what was seized at the house. Malloy was arrested Thursday evening and released on unsecured bond.

The street value of the drugs seized was in the neighborhood of $700,000.

The drugs were turned over to the Maine Drug Enforcement agency while State Police Detectives continue to work with the Office of the Chief Medical Examiner to determine the cause of the child’s death.