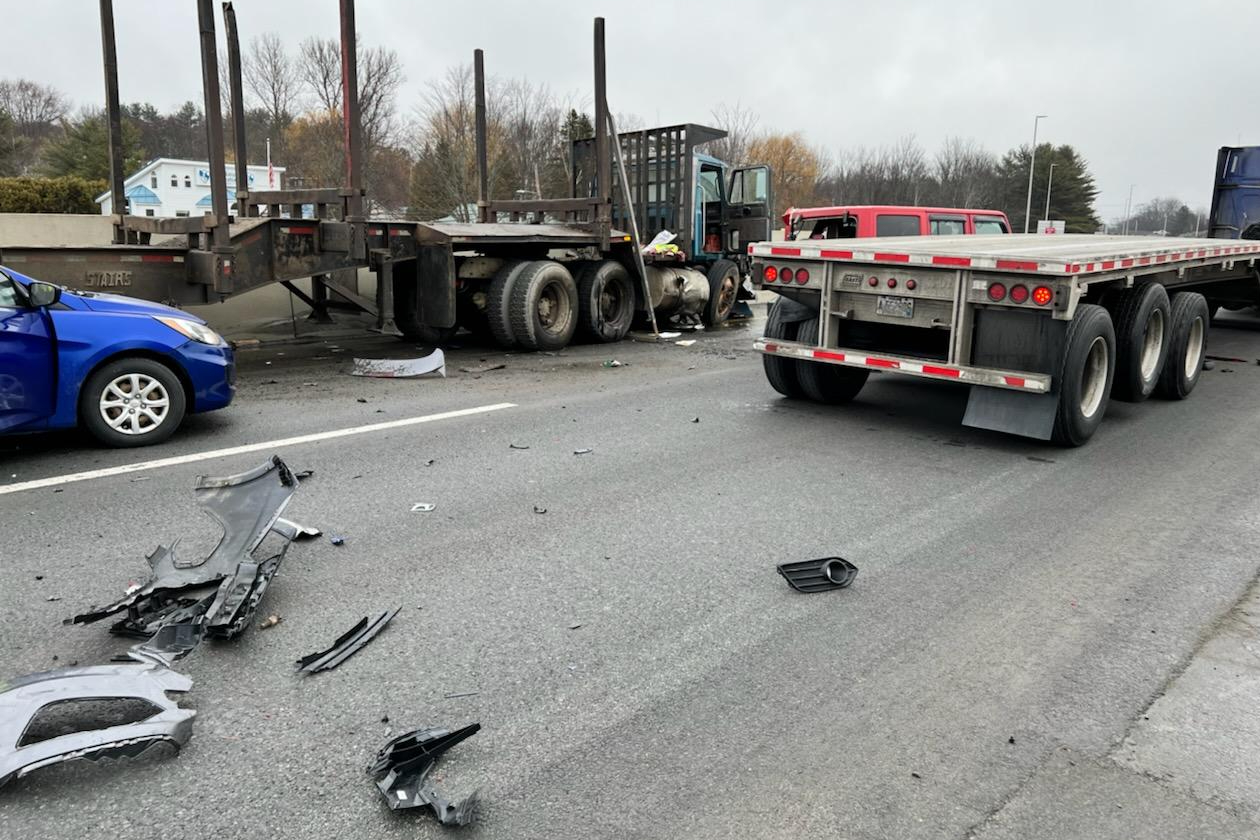 This morning, March 18, a person driving Dodge Caliber, swerved to avoid roadkill, over-corrected, and then rolled their vehicle into a ditch near mile marker 185 Broadway exit in Bangor) northbound.

Minutes later, a secondary crash involving a tractor-trailer unit was called in, traffic came to a halt and Maine State Police responded. A second tractor-trailer unit came around the bend and was unable to avoid the traffic that had come to a halt and struck several other vehicles, which in turn struck more vehicles, involving 9 vehicles in total.

Two people were transported to St. Joseph’s Hospital, were treated and released. One person was transported by an employer.

The crash remains under investigation, but no charges are expected.

Some Maine Restaurants to Require Proof of COVID Vaccination