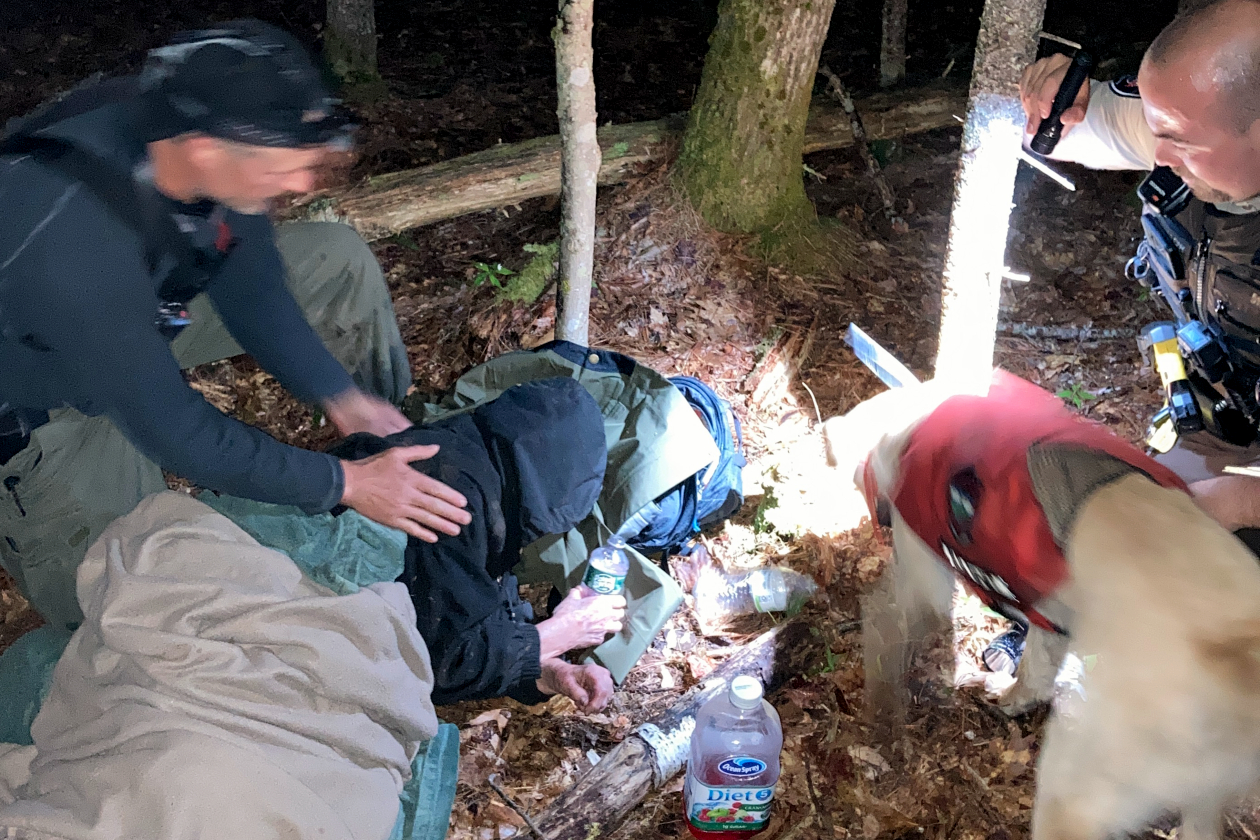 Maine Game Warden K9 Koda and Game Warden Jake Voter located another missing person early this morning, May 23. They rescued a 77-year-old woman who likely had spent two nights in the woods.

Voter and Koda, who on Friday located a missing 11-year-old girl, were called to the scene of a Mary Forde, who lives alone in Bremen. Neighbors went to her house to check on her yesterday, and they found her missing with the back door of the house open, and her pocketbook and phone still at the house. Forde was last been seen on Friday, May 20.

The neighbors called 911, and a Knox County Sheriff’s deputy and his K9 came and began searching but was unable to pick up any sign or scent of Forde. Warden Voter and Koda began searching the thick woods behind the house shortly after, and after following an old trail, Koda was able to pick up a scent that led them to Forde, over 600 yards from her house, at approximately 12:40 a.m. this morning.

Forde was alert but severely dehydrated when she was found. Forde told Voter that she had fallen, and was too weak to get up, and that she had spent two nights in the woods.